The video was shot in Colorado.

In 1940 at the 12th Academy Awards, Gone with the Wind won 8 awards including Best Picture.
The Wizard of Oz was nominated six times and didn’t even win Best Special Effects, which went to The Rains Came.
Victor Fleming’s Wizard is mostly known for its song “Over the Rainbow” sang by its actress Judy Garland (Liza Minnelli’s mom).

Being shot in 1938, you can’t obviously use CGI to create a tornado. The practical effect was done using a 10 metres mesh sock on which they threw dirt and blow wind at it. 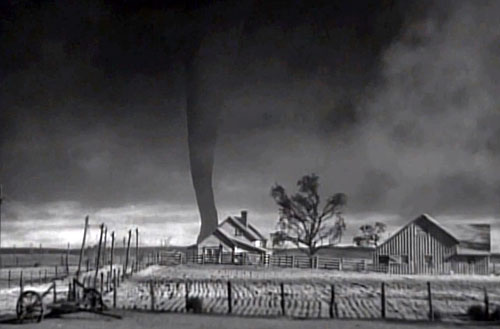