How did life arise on earth? 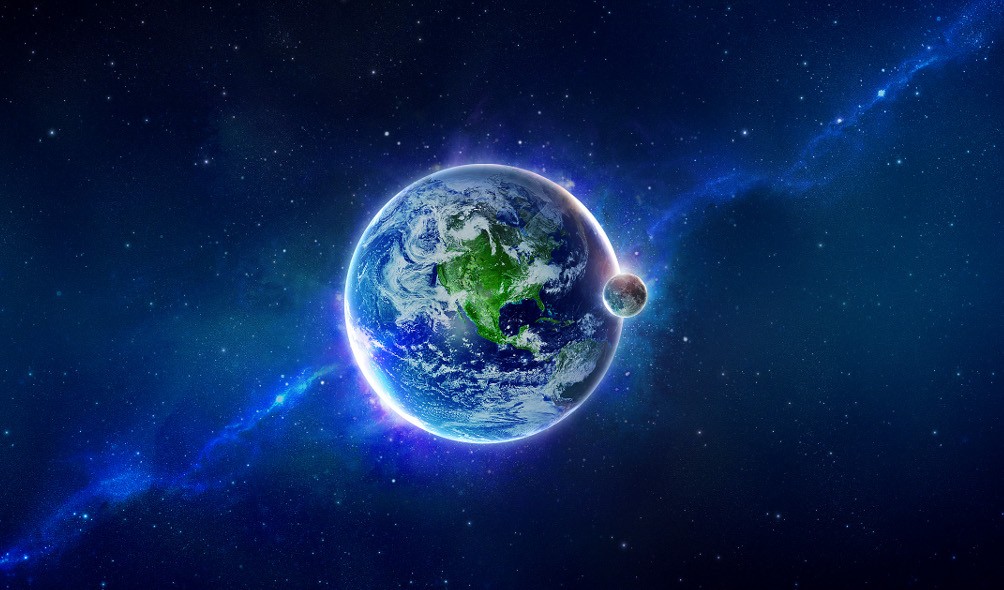 Earth is estimated to be about 4.5 billion years old, and for much of that history it has been home to life in one weird form or another.

Indeed, some scientists think life appeared the moment our planet’s environment was stable enough to support it.

The earliest evidence for life on Earth comes from fossilized mats of cyanobacteria called stromatolites in Greenland that are about 3.7 billion years old. Ancient as their origins are, these bacteria (which are still around today) are already biologically complex—they have cell walls protecting their protein-producing DNA, so scientists think life must have begun much earlier. In fact, there are hints of life in even more primeval rocks: 4.1-billion-year-old zircons from Western Australia contain high amounts of a form of carbon typically used in biological processes.

But despite knowing approximately when life first appeared on Earth, scientists are still far from answering how it appeared.

“Many theories of the origin of life have been proposed, but since it’s hard to prove or disprove them, no fully accepted theory exists,” said Diana Northup, a cave biologist at the University of New Mexico.

The answer to this question would not only fill one of the largest gaps in scientists’ understanding of nature, but also would have important implications for the likelihood of finding life elsewhere in the universe.

Today, there are several competing theories for how life arose on Earth. Some question whether life began on Earth at all, asserting instead that it came from a distant world or the heart of a fallen comet or asteroid. Some even say life might have arisen here more than once.

“There may have been several origins,” said David Deamer, a biochemist at the University of California, Santa Cruz. “We usually make ‘origins’ plural just to indicate that we don’t necessarily claim there was just a single origin, but just an origin that didn’t happen to get blasted by giant [asteroid] impacts.”

Most scientists agree that life went through a period when RNA was the head-honcho molecule, guiding life through its nascent stages. According to this “RNA World” hypothesis, RNA was the crux molecule for primitive life and only took a backseat when DNA and proteins—which perform their jobs much more efficiently than RNA—developed.

“A lot of the most clever and most talented people in my field have accepted that the RNA World was not just possible, but probable,” Deamer said.

RNA is very similar to DNA, and today carries out numerous important functions in each of our cells, including acting as a transitional-molecule between DNA and protein synthesis, and functioning as an on-and-off switch for some genes.

But the RNA World hypothesis doesn’t explain how RNA itself first arose. Like DNA, RNA is a complex molecule made of repeating units of thousands of smaller molecules called nucleotides that link together in very specific, patterned ways. While there are scientists who think RNA could have arisen spontaneously on early Earth, others say the odds of such a thing happening are astronomical.

“The appearance of such a molecule, given the way chemistry functions, is incredibly improbable. It would be a once-in-a-universe long shot,” said Robert Shapiro, a chemist at New York University. “To adopt this [view], you have to believe we were incredibly lucky.”

But “astronomical” is a relative term. In his book, The God Delusion, biologist Richard Dawkins entertains another possibility, inspired by work in astronomy and physics.

Suppose, Dawkins says, the universe contains a billion billion planets (a conservative estimate, he says), then the chances that life will arise on one of them is not really so remarkable.

Furthermore, if, as some physicists say, our universe is just one of many, and each universe contained a billion billion planets, then it’s nearly a certainty that life will arise on at least one of them.

As Dawkins writes, “There may be universes whose skies have no stars: but they also have no inhabitants to notice the lack.”

Shapiro doesn’t think it’s necessary to invoke multiple universes or life-laden comets crashing into ancient Earth. Instead, he thinks life started with molecules that were smaller and less complex than RNA, which performed simple chemical reactions that eventually led to a self-sustaining system involving the formation of more complex molecules.

“If you fall back to a simpler theory, the odds aren’t astronomical anymore,” Shapiro told Live Science.

Trying to recreate an event that happened billions of years ago is a daunting task, but many scientists believe that, like the emergence of life itself, it is still possible.

“The solution of a mystery of this magnitude is totally unpredictable,” said Freeman Dyson, a professor emeritus of physics at Princeton University in New Jersey. “It might happen next week or it might take a thousand years.”