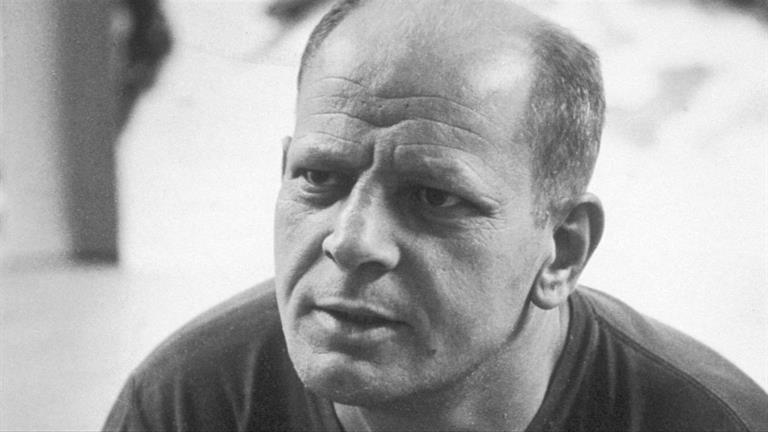 Jackson Pollock (1912 – 1956) was an influential American painter, and the leading force behind the abstract expressionist movement in the art world. During his lifetime, Pollock enjoyed considerable fame and notoriety. Jackson Pollock’s greatness lies in developing one of the most radical abstract styles in the history of modern art, detaching line from color, redefining the categories of drawing and painting, and finding new means to describe pictorial space.

In the decades following World War II, a new artistic vanguard emerged that introduced radical new directions in art. The war and its aftermath were at the underpinnings of the movement that became known as Abstract Expressionism. Jackson Pollock anxiously aware of human irrationality and vulnerability, expressed their concerns in an abstract art that chronicled the ardor and exigencies of modern life. By the mid 1940s, Jackson Pollock introduced his famous ‘drip paintings‘, which represent one of the most original bodies of work of the century, and forever altered the course of American art. At times the new art forms could suggest the life-force in nature itself, at others they could evoke man’s entrapment – in the body, in the anxious mind, and in the newly frightening modern world. To produce in Jackson Pollock’s ‘action painting’, most of his canvases were either set on the floor, or laid out against a wall, rather than being fixed to an easel. From there, Jackson Pollock used a style where he would allow the paint to drip from the paint can. Instead of using the traditional paint brush, he would add depth to his images using knives, trowels, or sticks. This form of painting, had similar ties to the Surreal movement, in that it had a direct relation to the artist’s emotions, expression, and mood, and showcased their feeling behind the pieces they designed.