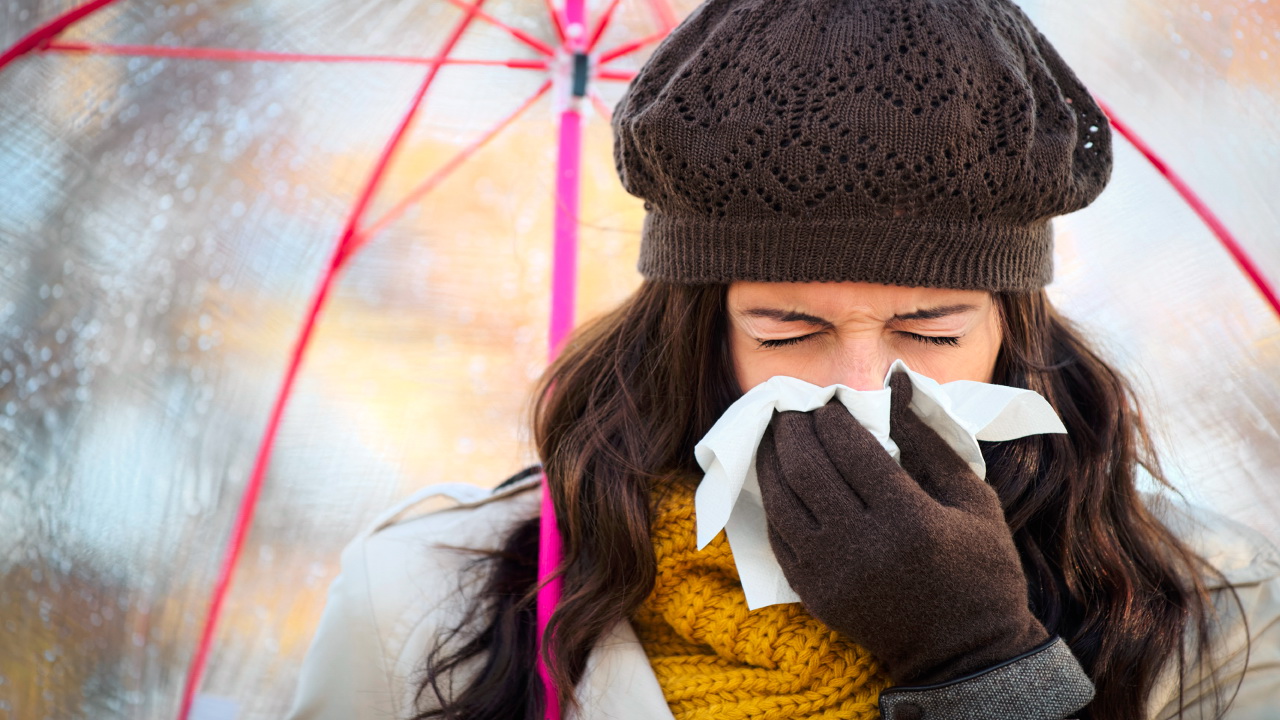 Infectious disease specialist John Swartzberg, M.D., the chair of the Editorial Board of the UC Berkeley Wellness Letter and Berkeleywellness.com, weighs in on colds, their supposed cures, and other myths and facts about these viral infections. This interview was conducted by Jeanine Barone, the nutrition and sports medicine editor of the Wellness Letter.

Do you think people should be fanatical about handwashing? How often do you wash your hands?

Dr. Swartzberg: As with most things, moderation is the key. If you come in contact with someone who has a cold, sure, wash your hands or use an alcohol rinse. The other obvious times are before and after eating or preparing food, after using the toilet, after changing a diaper, after playing with pets or cleaning up their waste, before treating a wound, before putting in contact lenses and so on. But it makes no sense to wash your hands all the time. There’s a downside to that: dry skin, which can crack and be uncomfortable. Plus, cracked skin can actually harbor more bacteria.

How likely is someone to catch a cold from being on an airplane? Is there anything you do to reduce your risk when flying?

Dr. Swartzberg: The greatest risk is if you are within two meters of someone who has a bad cold and he/she is coughing, sneezing or talking a lot, which can spray droplets. You can also become infected, for instance, if you touch a surface that has been contaminated by a respiratory virus (rhinovirus is the most common one) from a sick person, and then you touch your mouth, nose or eyes. Of course, you have no control over who you sit next to. If I handle things that have been handed to me by a flight attendant or another passenger, I use an alcohol sanitizer on my hands. That said, you needn’t be phobic about flying. As we’ve reported, cabin air in commercial aircraft is no more likely to spread colds and other infections than the air in similar crowded, enclosed spaces. Simple human proximity is the real culprit: passengers get sick on planes by sitting near people who are sneezing or coughing.

How long does a cold virus last on a surface such as a doorknob or tabletop?

Dr. Swartzberg: Usually a few hours. Although cold viruses can be transmitted by touching inanimate objects (called fomites in medicalese) and then touching your mouth, nose or eye, the greater risk comes from a sick person who coughs or sneezes near you, or from shaking hands with someone who has a cold.

If you kiss a sick person on the lips, does that dramatically increase your risk of getting a cold, compared with shaking hands, say, or just talking to him or her?

Dr. Swartzberg: When people with a cold are talking, they are aerosolizing droplets, and the closer you get, the greater your risk of being infected by these particles. If you hug, you are really close so there is more of a change of inhaling them. If you kiss on the lips or cheek, you are directly inoculating the virus onto your mucus membranes. It’s proximity that counts.

Do you ever use bleach to disinfect surfaces in your kitchen or elsewhere? Is bleach effective in reducing infectious organisms?

Dr. Swartzberg: Bleach is an excellent way to kill organisms, but it isn’t necessary to routinely clean household surfaces with it. We live in a sea of microbes, and the vast majority cause no harm; some are actually beneficial. Making your environment close to sterile is unnecessary and obsessive.

Can you get a cold from a pet?

Dr. Swartzberg: No, cold and flu viruses are generally species-specific. The common cold virus that affects humans is specific to humans. And different animal species have different strains of influenza virus that affect them. A pet’s coat could transiently harbor organisms that cause disease, but this is probably not very important.

What do you think about zinc supplements as a treatment for the common cold?

Dr. Swartzberg: The research suggests zinc may be modestly effective. The theoretical reason why zinc might work is that it may help prevent the cold virus from replicating. But the clinical trials have been mixed. Do I take it? Yes, but it’s hard to know if it helps. If it’s taken as directed—and not for a long duration—it doesn’t appear risky. If you want to try it, go ahead. Just don’t use any zinc product that goes directly to your nose, because it may permanently damage your ability to smell.

What do you yourself do avoid catching cold?

Dr. Swartzberg: There really isn’t much anyone can do, except wash hands. No dietary supplement, including zinc, has been shown to prevent colds. Airborne is touted to prevent colds and other viral infections; there’s no good science to support this, however, and no theoretical reason why it should work.

I often take a megadose of vitamin C in a powder that I mix with water when I feel a cold coming on, or even when I’m around people who are coughing and sneezing. What do you think about that?

Dr. Swartzberg: I haven’t seen any evidence that it would help, nor is there any theoretical basis why it should. But if you believe it will help, you may get a placebo effect, which can help as many as 30 percent of people.

What about vitamin D for colds?

Dr. Swartzberg: There’s not much data on vitamin D and colds. One recent clinical trial had promising results, but some others have found no benefit. We all keep hoping to find something that will help, but the evidence just isn’t there.

Is there something you do to treat a cold when you’re sick, even if it’s not based on scientific evidence?

Dr. Swartzberg: Not much. The cold-medicine industry is enormous—with up to $3 billion in sales every year. The vast majority of products are either worthless or have minimal value and often have side effects. I sometimes use a decongestant spray, which can shrink the mucous membranes. I use it at bedtime, but I use as little as possible and only for a few days, to avoid a rebound effect. I don’t take oral decongestants because they make me jittery, and they don’t help as much as the spray. Antihistamines can give a little symptomatic relief, but the most effective ones cause drowsiness, and I don’t like that side effect. I drink plenty of fluids, so the nasal secretions are thin and can come out easily I’ve tried irrigating my nose using something like a neti pot; it gets out a lot of the mucus, but I’m not sure that it helps me get well more quickly. If you do that, make sure that you buy sterile water or boil the water first.

Dr. Swartzberg: That’s an interesting question. Many, if not all, of the signs and symptoms of colds caused by respiratory viruses come from our immune response. But it’s a reach to say that people with a robust immune system are more likely to have symptoms. It’s in the “gee, that’s interesting” category.

I very rarely get a cold, and when I do, it lasts for a day or so. What could explain that?

Dr. Swartzberg: You may just be lucky, in terms of avoiding contact with sick people. Or you may have some genetic factor that makes your receptor sites less appealing to respiratory viruses. I’ve always been fascinated by the question, why do some people get sick and others don’t from the same exposure? And why do some people become very sick? I do think it has something to do with our genetic makeup. I expect that in the future we’ll be able to answer that question better.

Do people really get colds in the summer?

Dr. Swartzberg: Yes. Respiratory viruses certainly circulate during the summer, which is why common colds do often occur then. But colds occur more frequently in the winter, perhaps because there are more rhinoviruses and other cold viruses circulating in temperate climates in the winter and early spring. Other posssible reasons are that transmission of viruses is more likely to occur in winter when people are indoors and in closer proximity to one another, that droplets from sneezes and coughs may travel farther in cold, dry air than in humid weather, and that viruses may stick more to dried nasal passageways .