Back in June, it was revealed that for the first time ever, Playmobil planned to branch out from its normal historical and generic toys with sets featuring characters and vehicles from popular movies, starting with the Ghostbusters.

As the toys move closer to finally being available come May of this year, Playmobil is revealing all of the details at the Nuremberg International Toy Fair.

The Ecto-1 ($45) features working lights and movie-authentic sound effects, a removable roof allowing figures to be placed inside, and silicon slime splatters that can be stuck all over the vehicle. 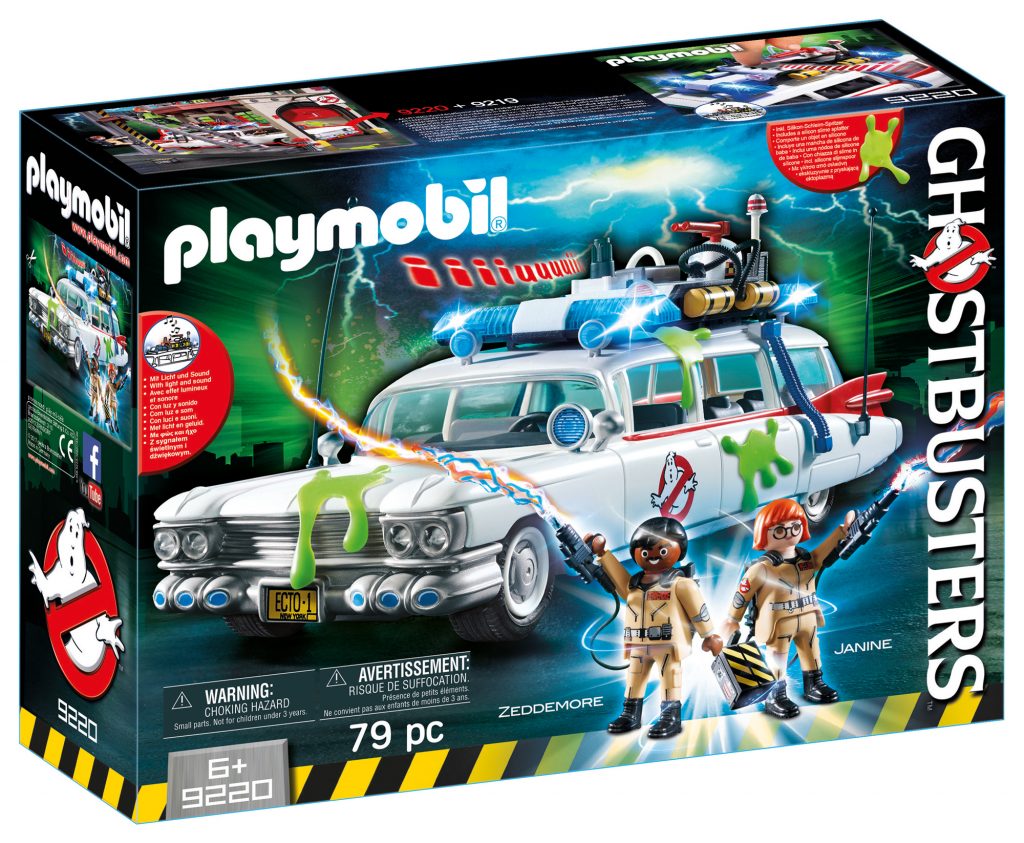 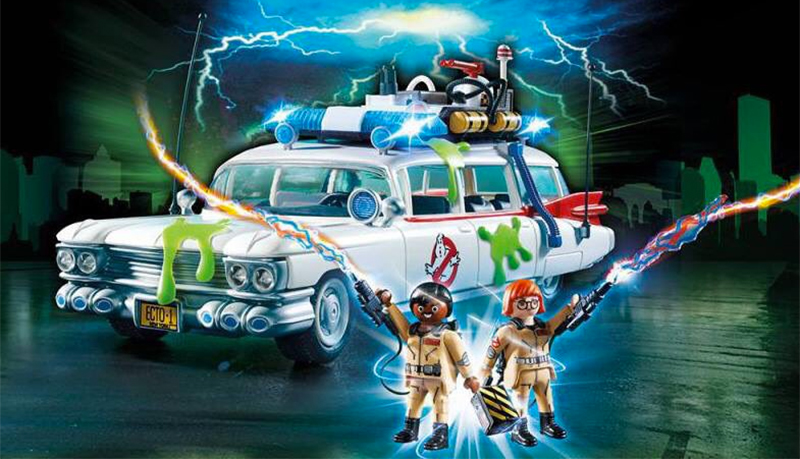 The largest set in Playmobil’s new line is the Ghostbusters Firehouse ($70) that stands 45 cm tall with a garage large enough for Ecto-1 to park inside. 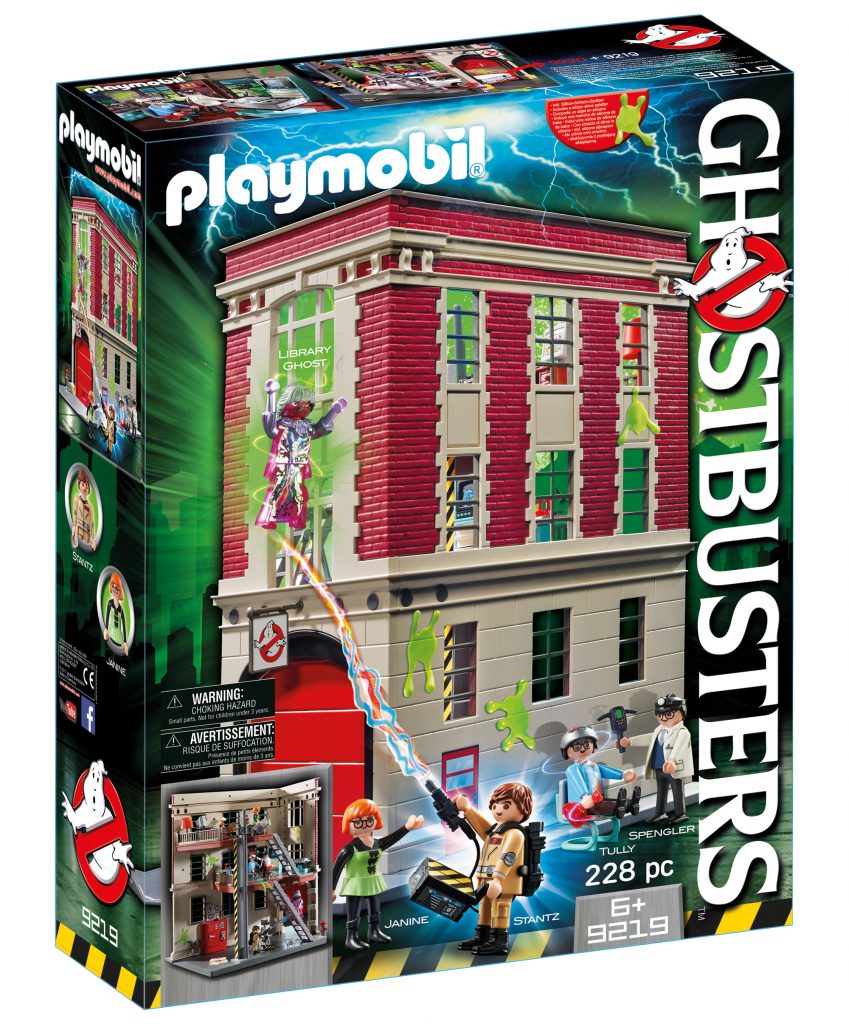 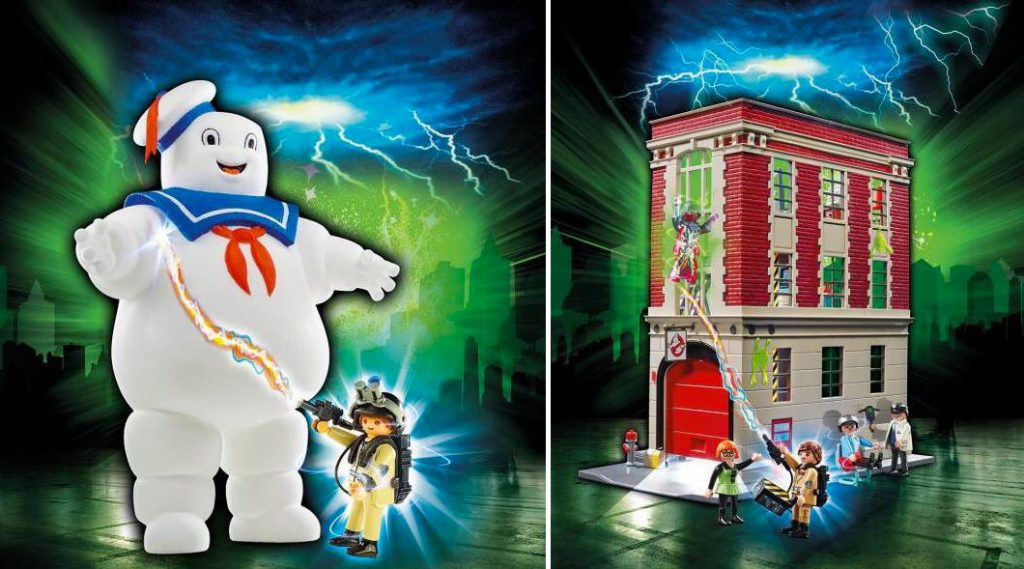 Playmobil’s $20 version of the Stay Puft Marshmallow Man isn’t quite as massive, but at almost 20 cm tall he still towers over the included Raymond Stantz figure. 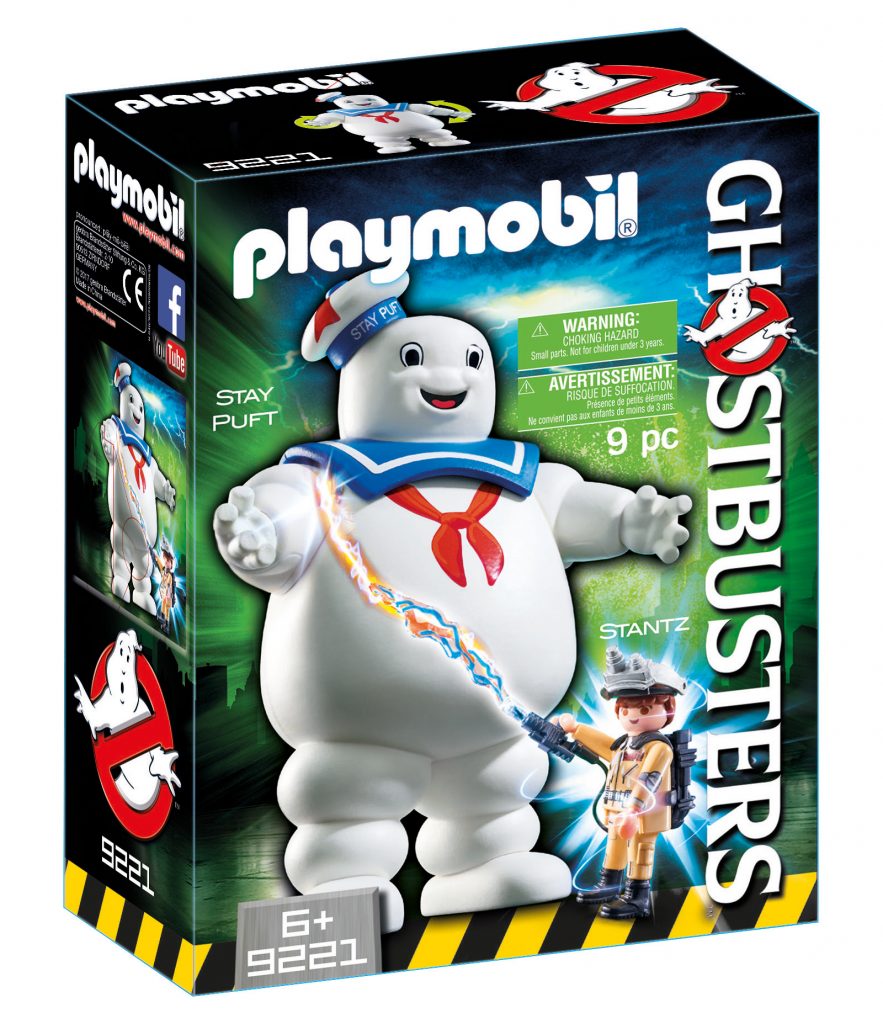 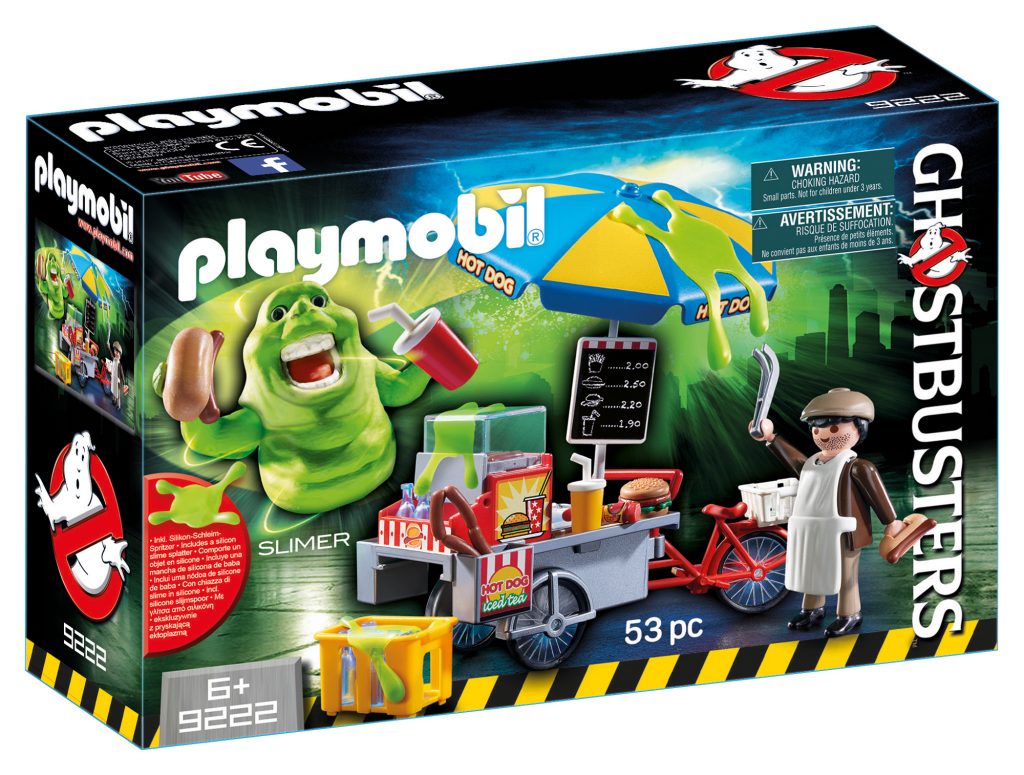 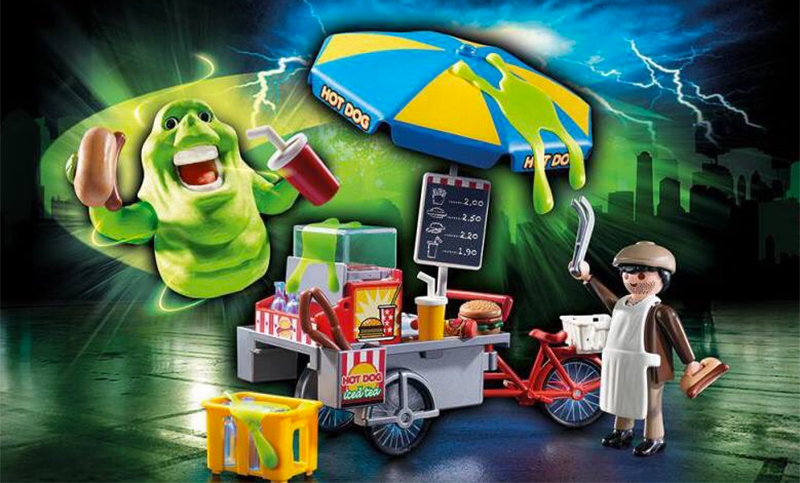 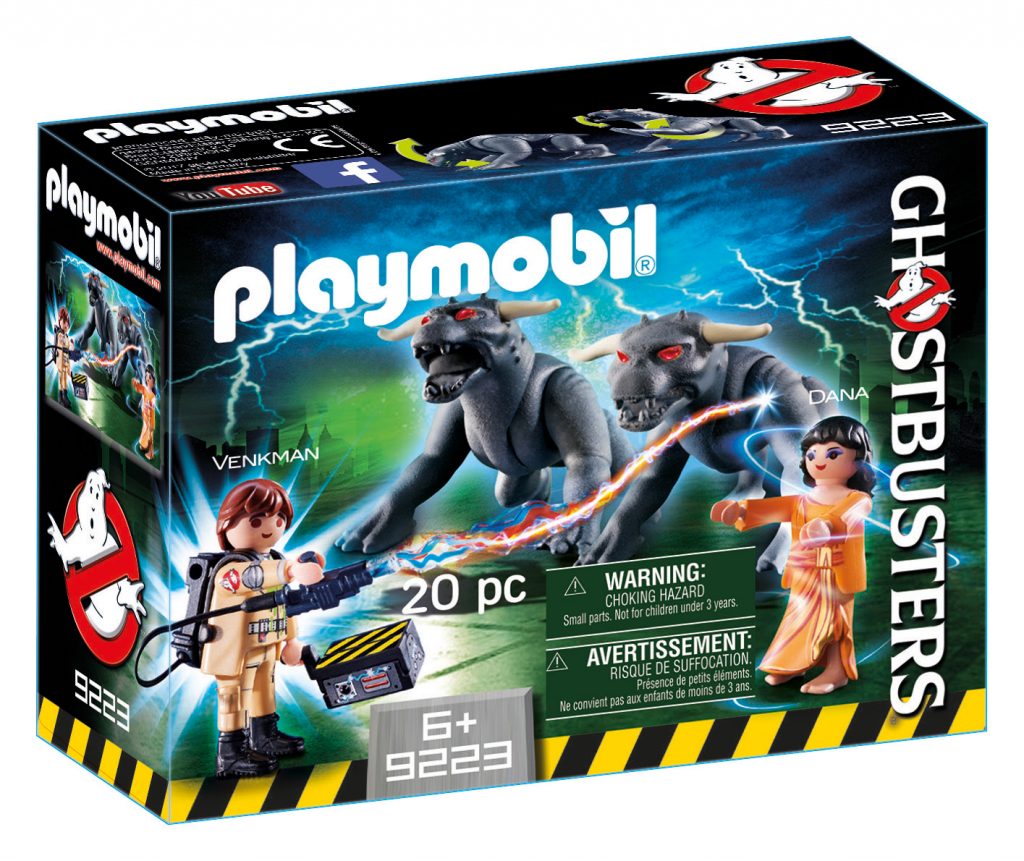