Osteopenia: what to do about bone loss 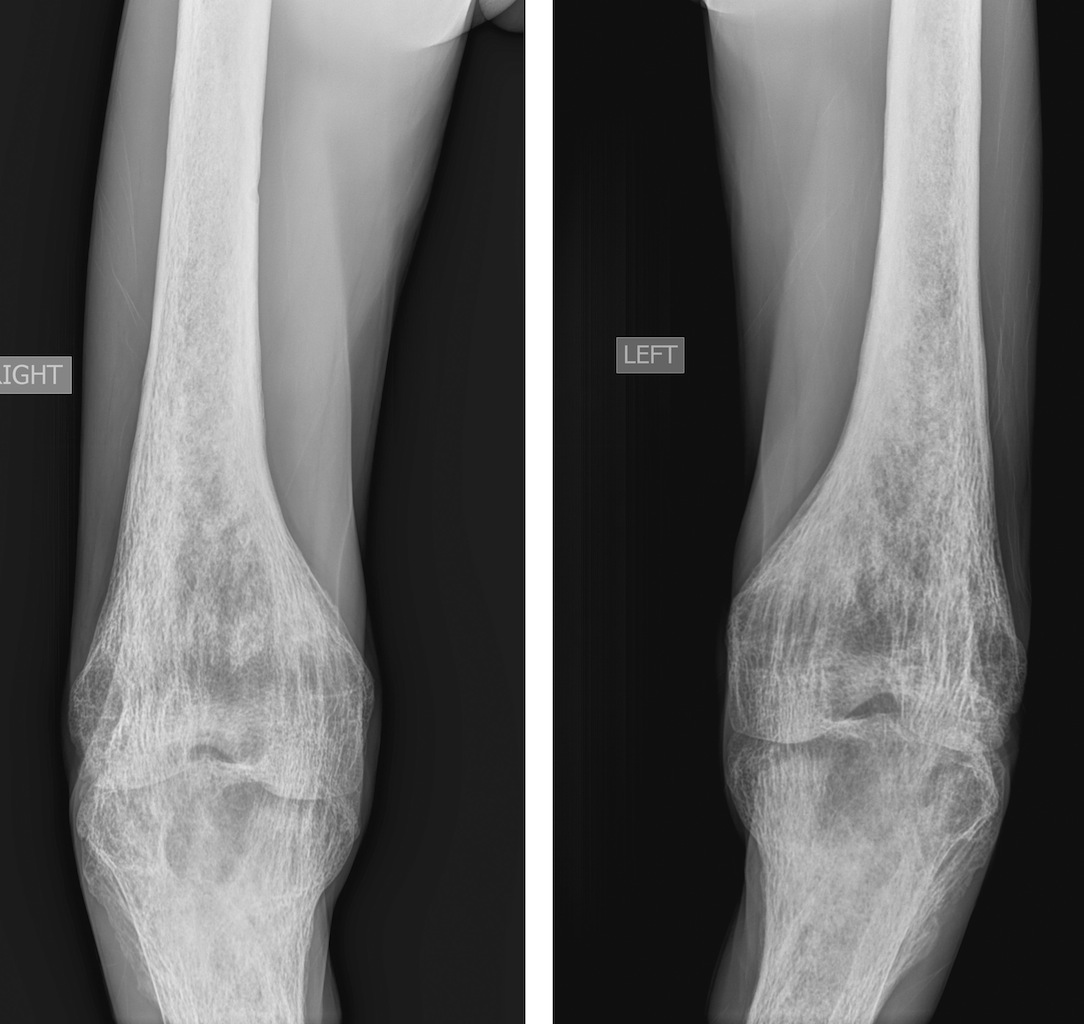 It’s easy to take your bones for granted—until you break one. As we grow older, our bones become weaker and more brittle because of reduced density, loss of mass, and deterioration of bone architecture. Bone strength peaks in early adulthood and then gradually declines. For women this process accelerates during the years around menopause, but older men develop brittle bones, too. Genetic, dietary, and lifestyle factors, along with general health, also play key roles in bone health.

Most people don’t realize that bone is active, living tissue that continually rebuilds itself. This re­­modeling process is a kind of preventive main­­tenance program, constantly removing old bone and replacing it with new bone. Bones are made of collagen, a fibrous protein that’s woven into a flexible framework, and hydroxyapatite, a bone mineral that is mostly calcium and that hardens the framework. Bone loss occurs when there’s greater removal than replacement, an imbalance that becomes more likely with advancing age.

Be good to your bones

Building bone and maintaining it is a lifetime propo­sition. Ideally, the time to start thinking about bone health is before adulthood—though few young people do. In order to maximize bone density, adolescents and young adults need a healthy calcium-rich diet plus weight-bearing exercise. That way, when bone density starts to decline, usually in one’s thirties, they’ll have lots of bone to draw on—like money in the bank.

Nearly everyone who lives long enough will experience significant bone loss. Age-related bone loss averages 0.5 to 1 percent per year, and the rate doubles for women during and around menopause (beginning a few years before the last menstrual period and continuing a few years after cessation of menses), largely because of hormonal changes.

When the weakening is severe, bones become fragile and brittle—a condition called osteoporosis (from the Latin, mean­ing porous bones), which increases the risk of fractures. About one-half of all white women and one-fifth of white men will have an osteoporosis-related fracture in their lifetime. More than three-quarters of these fractures occur after age 75. Such fractures often occur follow­ing minimal or even no trauma or impact. Particularly in older people, a hip fracture (which involves the upper portion of the thigh bone, or femur) can have devastating effects, often leading to permanent loss of mobility and independent living and increasing mor­tality rates.

When bone loss is less severe, it is called osteope­nia or simply low bone density—a “pre-disease” (along the lines of predia­betes and prehyperten­sion) that may progress to osteoporosis. In a sense, osteopenia was first demarcated and classified as a disorder in the mid-1990s, when a panel of experts associated with the World Health Organi­zation and sponsored in part by the drug industry defined it based on results from bone mineral density (BMD) tests.

Osteopenia: all too common

Debate continues about whether diagnosing osteopenia leads to the medical classification of a predictable aspect of aging and to poten­tial overtreatment. After all, about one-third of American women ages 50 to 65 and two-thirds of those over 65 who are tested will be told they have low BMD, usually osteopenia (though after age 75, about half have full-blown osteoporosis). That’s about 43 million Americans with osteopenia, plus 10 million with osteoporosis, including 2 million men.

There is a continuum of risk: As BMD decreases, fracture risk gradually increases. Though people with osteopenia are at lower risk for fractures than people with osteoporosis, they are at elevated risk com­pared to those with normal BMD. Still, many of them never go on to develop osteoporosis or have fractures. Thus, the conundrum about treating osteopenia.

Of course, it makes sense for anybody with osteopenia—and even those without it, at young ages—to take steps to keep their bones strong, such as consuming enough calcium and vitamin D and doing weight-bearing exercise (see 7 Ways to Reduce Osteoporosis Risk below). A diagnosis of osteopenia should provide extra motivation to do all that.

What about drugs for osteopenia?

Many drugs originally approved by the FDA as treatment for osteoporosis, notably bisphosphonates, were sub­sequently approved for its prevention—that is, to treat osteopenia. Should tens of millions of women, and many older men as well, take these drugs if all they have is osteopenia? Isn’t early treatment always a good idea? Many doctors say yes, as do countless ads for the drugs, which often target younger women and strongly suggest that the sooner you start, the better.

On the other hand, critics charge that osteopenia is a creation of the pharmaceu­tical companies and manufacturers of bone-density testing machines, which profit from increased treatment. Certainly, the drug industry funds a great many of the studies relating to bone health, as well as medical conferences and advocacy groups.