Via: Panasonic Corporation of North

Panasonic has formally introduced the newest additions to its Technics turntable line at CES: the SP-10R and the SL-1000R. The original SP10 was launched in 1969 and was the first direct drive turntable. Panasonic says this new edition of the resurrected SP10 “reach[es] new levels in near flawless sound.”

The SP-10R was originally shown as a prototype at IFA 2017, where the company called it the brand’s “most premium turntable ever.” This final version only has a few differences from the earlier-shown prototype, but everything is still made with noise reduction and accuracy at the forefront. The platter clocks in at 7.9 KG with a 10mm-thick brass weight that’s laminated to the aluminum die-cast platter. There’s also a rubber layer attached to the rear surface that helps to eliminate any unwanted vibrations and a coreless direct-drive motor. All this results in the SP-10R having a low wow and flutter rate — a measurement of distortion caused by irregularities in how the turntable plays sound back — of 0.015 percent.

If all that wasn’t enough, the SP-10R’s control unit is separated from the main unit and provides a voltage supply via a technology Panasonic calls an “unwanted noise reduction circuit.” As the company stated last year when the turntable was first announced, all these precautions and features give the SP-10R the world’s highest signal-to-noise ratio, a measure of the level of a desired signal to the level of background noise. If you’re not familiar with a lot of these terms Panasonic is touting, they basically all amount to a very premium level of stability and precision when playing vinyl.

The thing about the SP-10 series is that it was always sold as just a motor unit. If you want to actually play records on it, you’ll still have to get additional components like a tonearm. But, a nice feature with the SP-10R is that its shape and screw positions have been designed for backwards compatibility. It’s interchangeable with other models in the SP-10 line, so owners of previous versions can continue to use their turntable base and turntable. 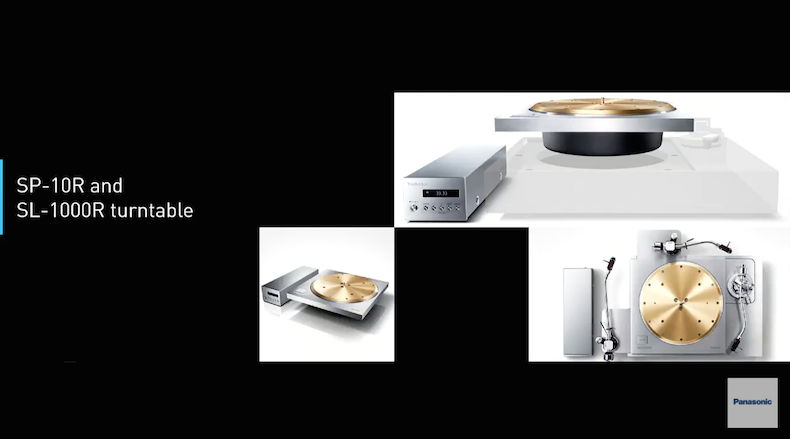 The other turntable introduced today by Panasonic is the Technics SL-1000R. This model is a step below the SP-10R, but if you’re looking for a more all-in-one system, it might be more appealing. The SL-1000R has an S-type universal tonearm, and the base for it is integrated with the turntable.

Panasonic is remaining mum about the price and delivery date for both the SP-10R and the SL-1000R, but chances are they will be spendy: all recent Technics models have retailed for well over $1,000, like the SL-1200GR, which goes for $1,699.