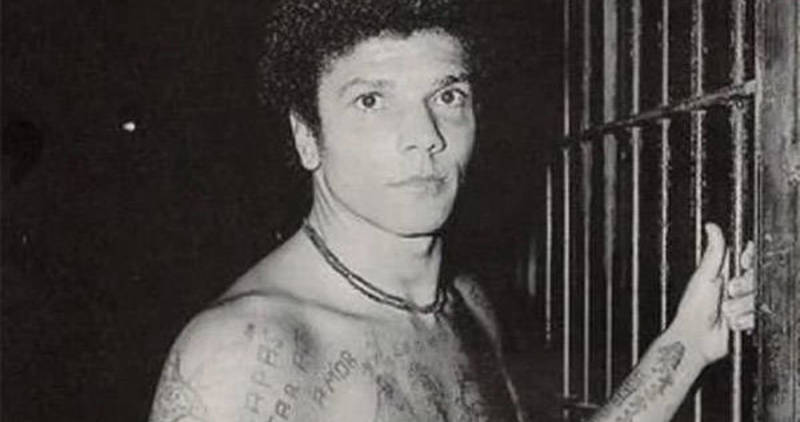 Pedro Rodrigues Filho, a.k.a. “Killer Petey” was born in a farm at Santa Rita do Sapucaí, Brazil, on June 17, 1954. He was born with a damaged skull, which was indirectly inflicted by his father when he physically abused Filho’s mother while she was still pregnant with him. Filho was also physically abused by his father during his childhood. While he was still a child, Filho attempted to murder his cousin by pushing him into a sugar cane press, but he was unsuccessful.

When Filho was fourteen years old, his father was accused of stealing food from the high school kitchen where he worked as a security guard, resulting in him losing his job. In vengeance, Filho killed the vice-mayor of Alfenas with a shotgun, as he was the one who fired his father. A month later, he killed another guard at the school whom he believed to be the real thief. After killing them, he took refuge in São Paulo, where he started to burglarize local slums. He also killed a drug dealer during the burglary spree. At São Paulo, Filho met a woman, Maria Aparecida Olympia, who would later become his fiancée. At some point, she was brutally murdered by gang members. Angered by this, Filho committed a massacre during a wedding organized by the gang’s leader, where he and some friends brutally killed seven people and injured sixteen others. Months after the massacre, he discovered that the boyfriend of his favorite cousin had impregnated her but refused to marry her; and fatally shot him in revenge. Later, Filho found out that his father was in prison for murdering and dismembering his mother with a machete. Filho visited his father in prison, and killed him by stabbing him 22 times. After the murder, he carved his heart out and bit a piece of it.

Filho continued to kill many criminals and was finally arrested on May 24, 1973. After his arrest, Filho was placed in a car with another criminal, a rapist, whom he murdered. During his incarceration, he continued to kill people in prison, claiming the lives of 47 inmates. He sometimes killed inmates because of his past as a killer of criminals, which caused a majority of the prison population to hate him. In one attack by other inmates, Filho was ambushed but he killed three of his attackers and injured the other two. Other inmates were chosen randomly: one of his victims, a cellmate and career criminal, was killed simply because he snored too much. Some of his victims were killed because, according to him, the thrill of killing another criminal was wonderful and satisfying. Filho was almost released from prison in 2003, but the release request was turned down because of his murders inside prison. He was officially released on April 24, 2007, but he was arrested again at his house on September 15, 2011, and convicted of riot and false imprisonment. He admitted that his only motivation to be released was the fact that he had a girlfriend out of prison. He was later sentenced to 128 years in prison for these charges. He currently remains incarcerated.