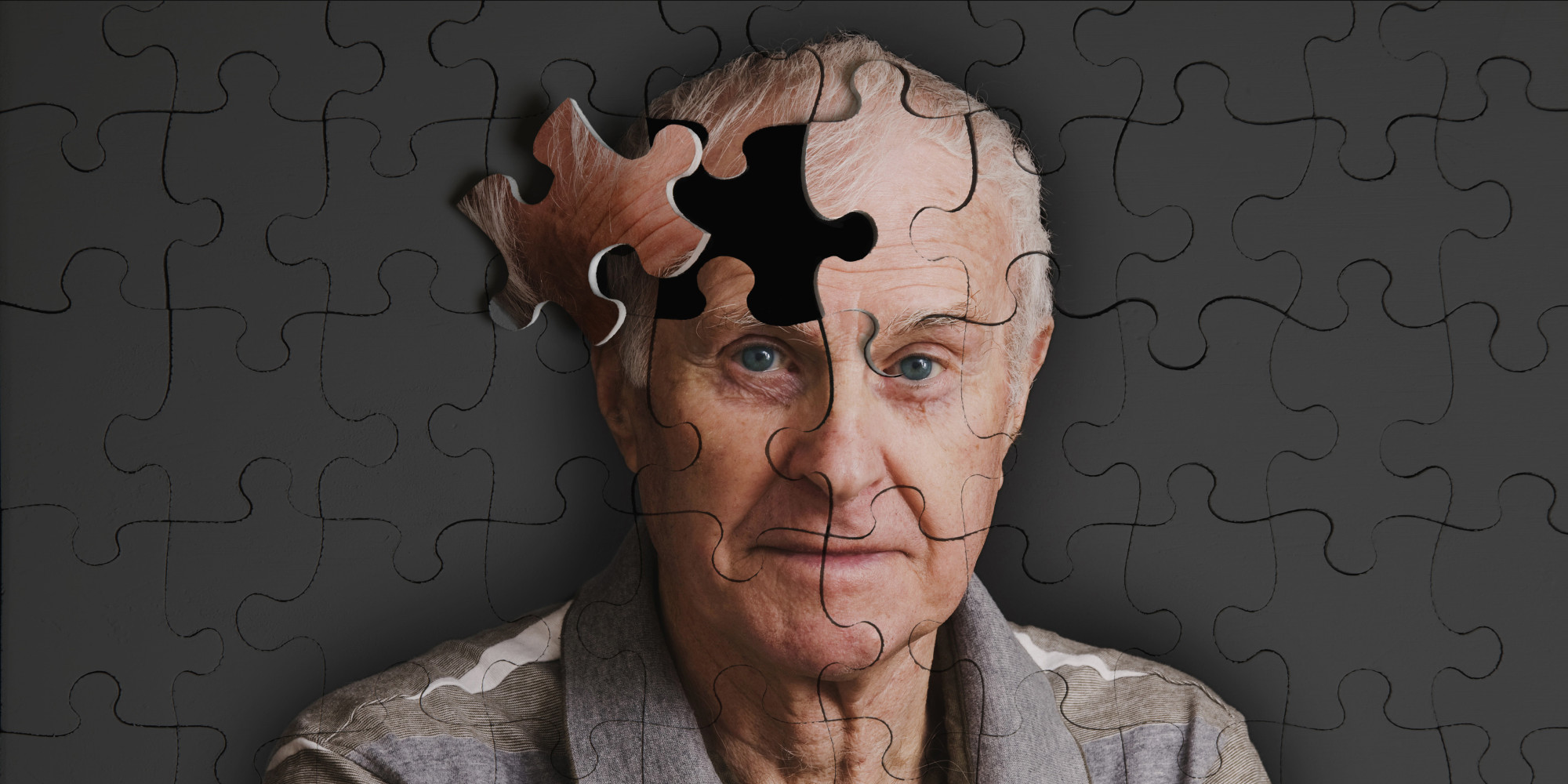 Edward Blonz, PhD, has served on the editorial board of the University of California, Berkeley, Wellness Letter since 2009 and is an assistant clinical professor in the Department of Clinical Pharmacy at the University of California, San Francisco. Blonz has more than 30 years of experience in the fields of food science, health, and nutrition. Berkeley Wellness spoke with him about a paper he published recently in the Journal of Alzheimer’s Disease that discusses a novel hypothesis as to why this disease occurs.

There are many theories on what causes Alzheimer’s disease. What are some of the most popular ones?

Some of the most prevalent theories relate to a substance in the brain called amyloid-beta, which is a peptide, or a fragment of a protein. Researchers have noted that people with Alzheimer’s have deposits of amyloid, known as plaques, in their brains. This is called the amyloid cascade hypothesis, the implication being that the amyloid is what’s causing the memory loss. There are other theories. Some of them relate to how energy is used in the brain. Others focus on an increased presence of certain metals in the brain, such as copper, zinc, aluminum, or calcium, which theorists believe are directly involved with the disease process. There’s also a theory that inflammation may cause Alzheimer’s, as well as one referred to as the mitochondrial cascade hypothesis, in which it is theorized that the disease is caused by a genetically influenced malfunction in the way that energy is produced in the brain.

But these theories all deal with correlations—factors present when Alzheimer’s disease is already occurring. Getting a handle on causation has been elusive. Even with amyloid, we haven’t put our finger on the precise place of the amyloid plaques in the Alzheimer’s disease process. And researchers have noted there can also be amyloid in the brains of people who don’t develop Alzheimer’s disease. So in summary, there are lots of hypotheses but no real connection in terms of cause and effect.

Your paper presents the “neuroenergetic hypothesis,” which contends that Alzheimer’s disease may develop because of an age-related insufficiency of glucose in the brain. Can you discuss this?

The central nervous system, which is composed of the brain and the spinal cord, has its own circulatory area that’s insulated from the rest of the body by a protective barrier, called the blood-brain barrier. Think of it like a border guard designed to keep unknown or unwanted substances out of the brain. There are specific channels and transport substances integral to this vital barrier that help determine what gets in.

One substance that’s critical to brain function is glucose, which the brain depends on as its main source of energy. While the body is at rest,about two-thirds of the glucose in our blood gets used by the brain to power its metabolic activities. So we can think of the brain as being dependent on glucose—but the glucose must first cross the blood-brain barrier before it can be used. Researchers have reported that less and less glucose is able to cross the blood-brain barrier as we age. This is a normal development that occurs even when there’s no disease, no Alzheimer’s. In some people, enough glucose is still able to get through the blood-brain barrier to supply sufficient energy for the brain to function normally. But if the situation develops where the brain can no longer get the energy it needs from glucose, the resulting chronic energy deficiency will bring about changes in how the brain operates. My hypothesis is that Alzheimer’s disease is a result of this problem.

Couldn’t those people simply eat more carbs, since glucose is a carbohydrate?

No. This has nothing to do with the amount of glucose in the diet or the bloodstream. It’s the inability of sufficient glucose to get from the blood through the blood-brain barrier and into the brain that’s the problem.

Aside from aging, do other factors affect the ability of glucose to get into the brain?

Yes. We are dealing with a functional interaction that involves the passage of glucose in the blood through the walls of the blood vessels in the brain, then through the blood-brain barrier that surrounds those vessels. Only then will the brain be able to use the glucose for energy. Any disease or dysfunction that impacts glucose handling or the health of the blood vessels (vascular health) can affect how well this works. Conditions known to cause problems with vascular health and glucose handling include obesity, diabetes, insulin resistance, heart disease, and hypertension. Research has associated the presence of these conditions with an increased risk of Alzheimer’s disease.

People with Alzheimer’s disease have higher levels of inflammation in the brain than those without Alzheimer’s. Do insufficiencies in glucose contribute to that inflammation?

Yes. In the case of Alzheimer’s, we have a situation where there is plenty of glucose in the bloodstream but not enough in the brain. To explain what happens next we need to consider that one of the characteristics of successful microorganisms, whether bacteria, viruses, or fungi, is their ability to out-compete their hosts for essential resources, such as glucose. Just like us, they rely on glucose to survive, and their success reflects their ability to get the fuel they need to reproduce.

Now let’s return to our situation, where there is a glucose-deficient brain amidst plentiful glucose elsewhere else in the body. Evidence suggests that the brain reacts as though it has been invaded by bacteria, a virus, or some other microbial agent, and one or more of these is using up the glucose. The immune system, our body’s defender, gets the call and responds as though the brain is under attack. Along comes its bag of disease-fighting tools and inflammation to increase circulation in the affected area. The brain also shifts its metabolism to make its own antimicrobial substances—in this case amyloid-beta, the same substance known to build up and affect cognition in the brains of individuals with Alzheimer’s disease. It may be produced by the brain in a misguided attempt to protect itself from a nonexistent microbial attack.

In your paper you talk about alternate “fuels” that can provide energy for the brain when not enough glucose is available. Can you explain this?

Much of our focus has been on the role of glucose as the primary fuel of the brain. Consider that during starvation there is no glucose or any source of energy being consumed. Our body is always burning fat in the form of fatty acids for energy, but in the case of starvation—or also in the case of a carbohydrate-free diet—the body is forced to burn fatty acids for its energy needs. Fatty acids themselves cannot pass through the blood-brain barrier. But when we are in that carb-free, fat-burning mode, partially metabolized fats known as ketones get produced. A unique quality of ketones is that they can effectively pass through their own passageway in the blood-brain barrier to provide energy for the brain. Ketones therefore represent an “alternate fuel” the brain can use when glucose is in short supply.

Another situation in which the body can produce ketones is when it’s being fed a high-fiber diet. For a long time, scientists thought that the main role of dietary fiber was to increase fecal bulk, help with regularity, and decrease the risk of colon cancer. But we have also learned that the microorganisms that normally live in our large intestine can ferment dietary fiber into certain short-chain fatty acids that become ketones after they are absorbed into the body. Alzheimer’s-modeling research in dogs has shown that putting them on a high-fiber diet improved cognition when compared to the same types of dogs fed a low-fiber diet, which provides support for the ketone hypothesis.

Population studies also support this concept, with evidence showing that cultures that eat higher-fiber diets have a very low incidence of Alzheimer’s disease. More recent research has reported that groups who shift over to a Mediterranean-type diet, which is typically higher in fiber than the typical U.S. diet, tend to experience a beneficial effect on cognition.

What are the implications of this hypothesis for the diagnosis and treatment of Alzheimer’s disease?

The process that leads to Alzheimer’s disease can begin decades before any onset of cognitive symptoms. I foresee a time when young adults get tested for how effectively glucose is passing through their blood-brain barrier. This could serve as their baseline. They would get retested periodically to see how things are going. If it gets to the point that the brain is at risk for not getting the energy it needs, it could be decided how best to remedy the situation. This could be from pharmaceutical treatments that would be designed to facilitate the passage of glucose through the blood-brain barrier, or dietary adjustments like the ones I just described that might increase the availability of alternative energy sources for the brain. These could be started well-before cognitive symptoms might begin to appear. We would be ahead of the game, so to speak.

There is a genetic factor associated with the risk of Alzheimer’s disease. How does this fit with your theory?

Research in humans has reported a significantly decreased metabolism of glucose in the brains of those carrying the ApoE4 genotype. We also know that the movement of glucose into the human brain decreases with aging, even in those who are cognitively normal. If, indeed, the ApoE4 genetic risk factor gives individuals a lifetime brain-glucose disadvantage, it helps explain why those with this genetic trait are more at risk for developing Alzheimer’s disease and will tend to develop the disease at an earlier age.

Does the neuroenergetic hypothesis provide any hope for people who already have Alzheimer’s?

It might. There a number of current therapies for Alzheimer’s, but none that seem to work that well. They might slow things down, but none have shown any ability to stop the disease process. And they often have side effects. These approaches focus on neurotransmitters involved with memory formation and retrieval—in other words, they’re all dealing with attempts to correct the cognitive failures found in Alzheimer’s disease. Alzheimer’s is the only disease in the top 10 causes of death for which we have no successful treatment and no ability to prevent it. All we have are marginally successful attempts to slow it down.

It is my thought that the lack of success from existing treatments stems from the fact that we haven’t identified and stopped the key underlying process. I believe this involves neuroenergetics, in particular the progressive, ongoing energy deficiency that can occur in the brain as we age. The first step must be to stop the underlying energy problem that causes the amyloid-beta to form in the first place. If we can assure that the Alzheimer’s brain begins to get the energy it requires, this may increase the effectiveness of the treatments we’re using. Once you have that under control, existing treatments might actually start to become more effective.

Here is an analogy I have used on some online forums: We go into an old bathroom and see that the tub has leaked, perhaps for years, and it has now caused damage to the floor and substructure. Work is needed to assess what has gone wrong and how it might be repaired. But shouldn’t the first step be to turn off the faucet? Clearly, what has held us up is the continued focus on malfunctions in brains already in the grip of Alzheimer’s, with insufficient attention being given to uncovering why the process that leads to Alzheimer’s disease begins in the first place. Hopefully, that’s about to change.