From Dusk Till Dawn

From Dusk Till Dawn

One night is all that stands between them and freedom. But it's going to be a hell of a night.

Seth Gecko and his younger brother Richard are on the run after a bloody bank robbery in Texas. They escape across the border into Mexico and will be home-free the next morning, when they pay off the local kingpin. They just have to survive 'from dusk till dawn' at the rendezvous point, which turns out to be a Hell of a strip joint. 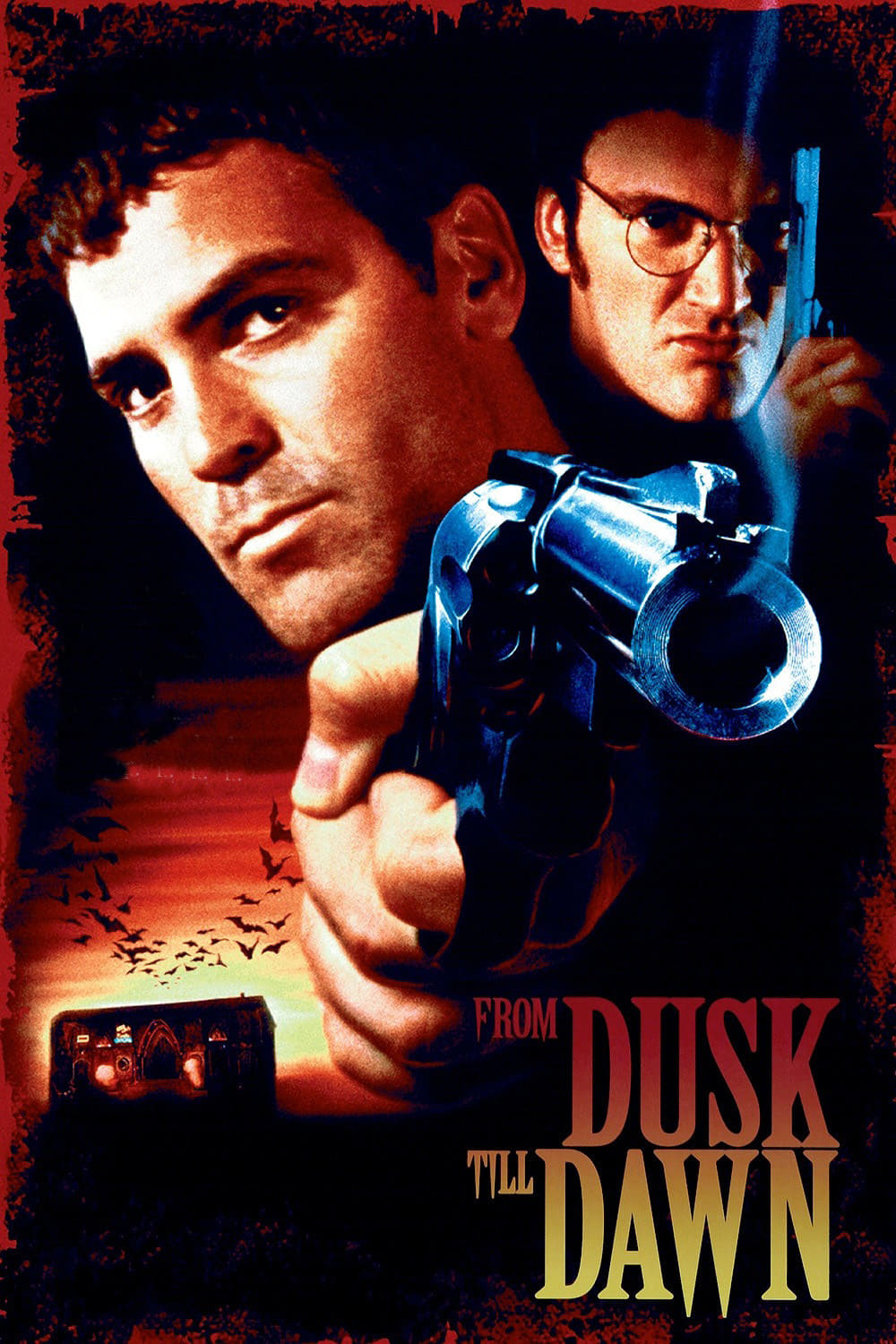 Fugitive bank robbers Seth and Richie Gecko hold up a liquor store, killing the clerk and a Texas ranger, in the process inadvertently destroying the building. At the motel room where they are hiding out, Seth returns to find Richie has raped and murdered a bank clerk they had taken hostage.

Jacob Fuller, a pastor experiencing a crisis of faith, is on vacation with his teenage children Scott and Kate in their RV. They stop at the motel and are kidnapped by the Geckos, who force the Fullers to smuggle them over the Mexican border. In Mexico, they arrive at the Titty Twister, a strip club in the desert, where the Geckos will be met by their contact, Carlos, at dawn. Carlos will escort them to sanctuary at “El Rey,” a place of safety for fugitives from justice whose admission fee is 30 percent of everything they have.

The bar employees reveal themselves as vampires and kill most of the patrons. Richie is bitten by a stripper and dies; only Seth, Jacob, Kate, Scott, a biker named Sex Machine, and Frost, a Vietnam veteran, survive. The others are reborn as vampires, including Richie, forcing the survivors to kill them all. When an army of vampires, in bat form, assembles outside, the survivors lock themselves in, but Sex Machine is bitten, becomes a vampire, and bites Frost and Jacob. Frost throws Sex Machine through the door, allowing the vampires to enter…