Life is the ultimate work of art

Two girlfriends on a summer holiday in Spain become enamored with the same painter, unaware that his ex-wife, with whom he has a tempestuous relationship, is about to re-enter the picture. 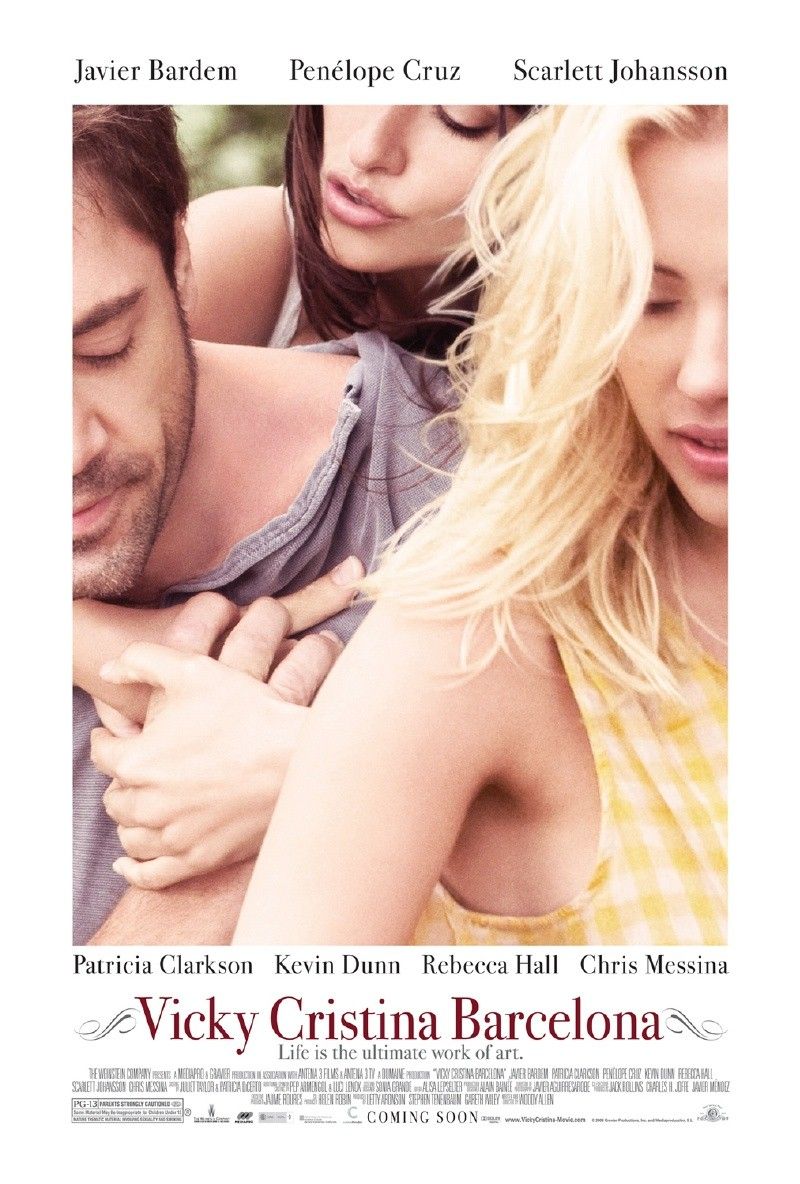 Vicky and Cristina visit Barcelona for the summer, staying with Vicky’s distant relative Judy and her husband Mark. While the two are great friends, Vicky is practical and traditional in her approach to love and commitment and is engaged to the reliable Doug, whereas Cristina imagines herself to be a nonconformist, spontaneous but unsure of what she wants from life or love.

At an art exhibition, Cristina is intrigued by artist Juan Antonio, who Judy says has suffered a violent relationship with his ex-wife. Later, he brazenly approaches the two women to invite them to join him right away for the weekend in the city of Oviedo, in a small plane he flies himself, for sight-seeing, fine eating and drinking, and hopefully, lovemaking. Cristina is won over by the offer almost at once, but Vicky is unimpressed and reluctant; she, however, eventually decides to accompany her friend anyway, mainly to watch over her.

At the end of their first day, Vicky refuses to join Juan Antonio in his hotel room, citing her fidelity to Doug, but Cristina accepts his invitation immediately. Before the lovemaking starts, Cristina suddenly falls ill with digestive complaints, and is put to bed, with food poisoning. Vicky and Juan Antonio proceed to spend the weekend together alone while they wait for Cristina to recuperate. Vicky gradually changes her opinion of Juan Antonio as he tells her about his tumultuous relationship with his former wife, María Elena. Vicky accompanies him to visit his father, an old poet, and then becomes deeply moved by a Spanish guitar performance later that evening. She finally succumbs to Juan Antonio’s advances as they walk through a grove of trees in the dark. The next day, with Cristina recovered, the three of them fly back to Barcelona.

Feeling guilty, Vicky does not mention the incident to Cristina, and the two begin to grow apart. Vicky starts throwing herself into her studies while Cristina and Juan Antonio take up a relationship. Cristina then moves in with Juan Antonio and begins to discover more about his past. After learning that María Elena attempted to kill herself, Juan Antonio takes her to his home, where Cristina already lives. After some defiance, the two women grow fond of each other. Cristina realizes that the ex-spouses are still in love, and María Elena suggests that Cristina may be the element that can give balance and stability to their relationship. All three become romantically involved with one another…