The magic of miso 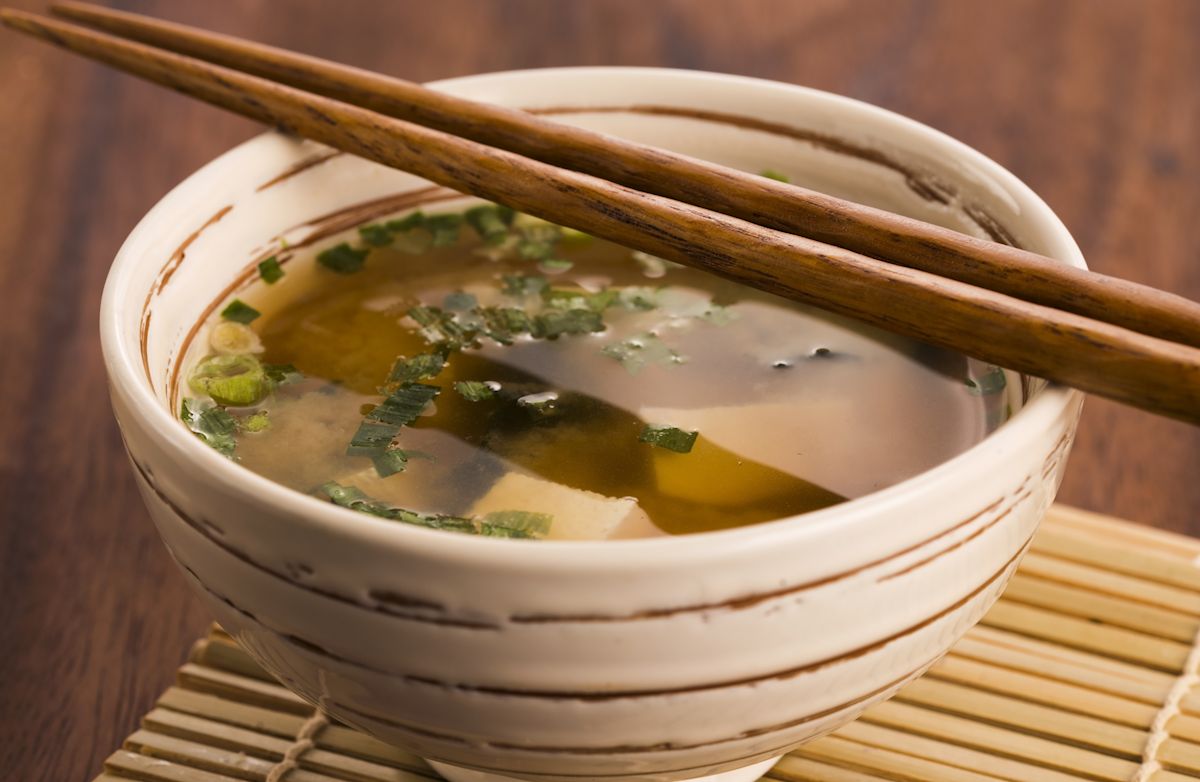 Miso is a fermented soybean paste used in Asian, especially Japanese, cuisine. It’s traditionally made by combining soybeans with salt and a special fungal starter culture called koji (Aspergillus oryzae) and then left to ferment in wooden vats for up to three years. Sometimes the soybeans are combined with a grain, usually barley or rice.

There are many types, including hatcho, kome, and mugi miso, depending on what grains and other ingredients are used, how much salt is added, and how long it’s aged. Each has its own “umami” flavor (variations of earthiness and salty-sweetness), texture (chunky or smooth), and color (from golden-yellow to red to deep brown). Darker miso has been aged longer, has a stronger flavor, and is saltier.

Miso is dissolved in water to make a broth—as in that cloudy soup often served with Japanese meals. It’s also used to make marinades, spreads, sauces, and salad dressings.

On average, one tablespoon has 35 calories, 2 grams of protein, 4 grams of carbohydrates, 1 gram of fat, and 1 gram of fiber—and small amounts of manganese, copper, vitamin K, zinc, iron, and B vitamins. Like other soy foods, it is also a source of isoflavones and other potentially beneficial compounds. A problem with miso is its high sodium content—635 milligrams per tablespoon, on average, about one-quarter of the daily limit.

Depending on how it’s fermented and processed, miso may contain various bio-active compounds (including proteolytic enzymes that break down proteins) and “probiotic” bacteria. Heating miso—whether for pasteurization or in cooking—destroys the bacteria and enzymes, however. If you use unpasteurized miso (which should be refrigerated), adding it at the end of cooking can help preserve them.

But research on miso’s health benefits is limited, especially compared to other soy foods. And because most studies have been done in countries with high soy consumption, it is nearly impossible to determine the contribution of a particular type of soy food, separate from overall soy intake. The few population studies that have tried to tease out the specific effects of miso have yielded mixed results.

Because of its high sodium content, use miso sparingly; reduced-sodium versions still have a lot of sodium. Also, miso is rich in tyramine, which may trigger headaches in some people and should be avoided if you take certain medications, including MAO inhibitors for depression and some drugs used to treat Parkinson’s disease.