Besides being comforting and soul-soothing, soup has many practical virtues: It can often be made ahead of time and frozen, making later preparation quick and easy. Soups are perfect for using lots and lots of vegetables, and don’t need more than a modest amount of meat or fish. Their high water content helps keep you full on fewer calories, a bonus if you’re watching your weight. 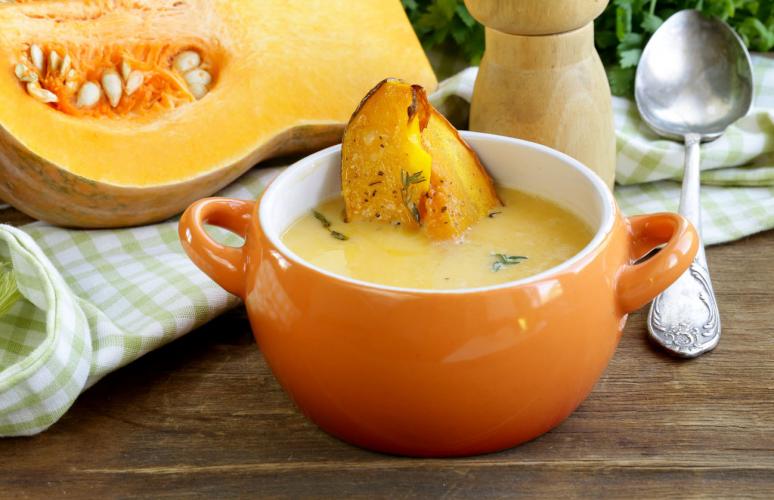 Butternut squash and carrots provide the wealth of beta-carotene (one serving has over 140 percent of the recommended daily intake) in this beautiful orange-gold soup. Orange juice intensifies the color and adds folate, a B vitamin. This soup is also a good source of calcium and fiber. 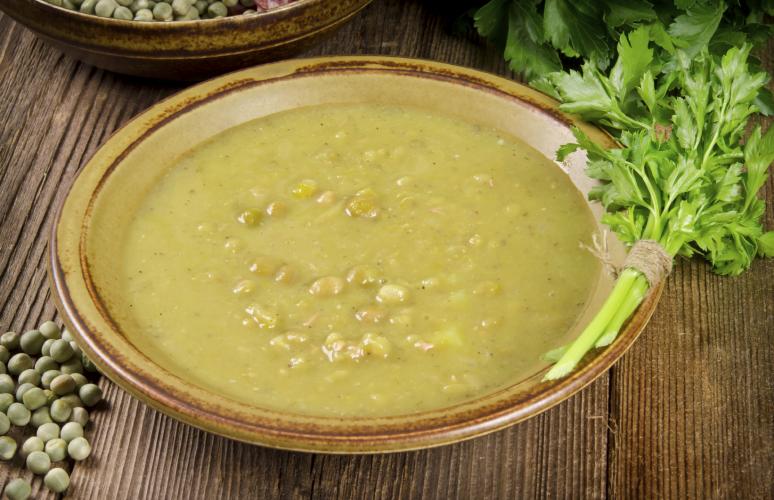 Split pea soup often is made with a ham hock or smoked sausage, but this vegetarian version gets its meaty flavor from super-savory dried porcini mushrooms and a little liquid smoke (the bottled essence of wood smoke). Like other legume-based soups, it’s a great source of dietary fiber, with a robust 18 grams per serving. To reduce the sodium, cut the amount of salt in half.

If you’re feeling adventurous, you can substitute a more unusual cooking green such as collards, beet greens, or turnip for the cabbage in this soup, a variant of minestrone (literally “big soup” in Italian). It will taste slightly different, but still delicious. 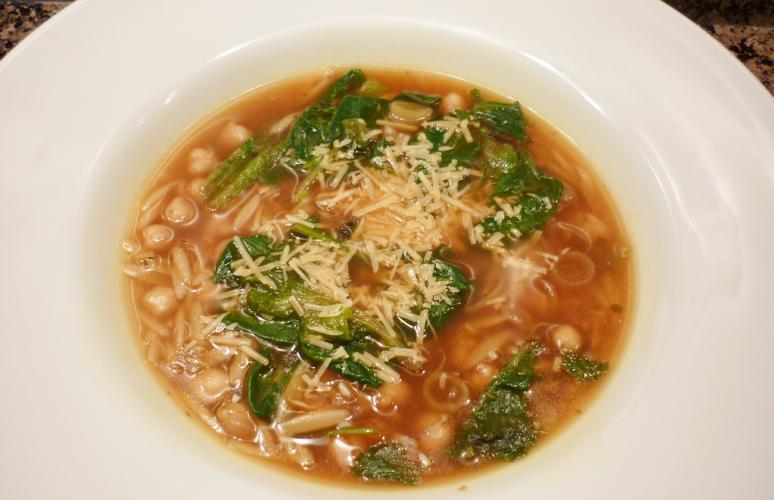 Serving suggestion: For even more flavor, top the soup with a teaspoonful of grated Parmesan or pesto sauce. To reduce the sodium content, use low-sodium broth, tomatoes, and chickpeas.

The barley may soak up all the liquid if you don’t serve this earthy soup right away. If that happens, just thin it with some water or eat the dish like a stew. 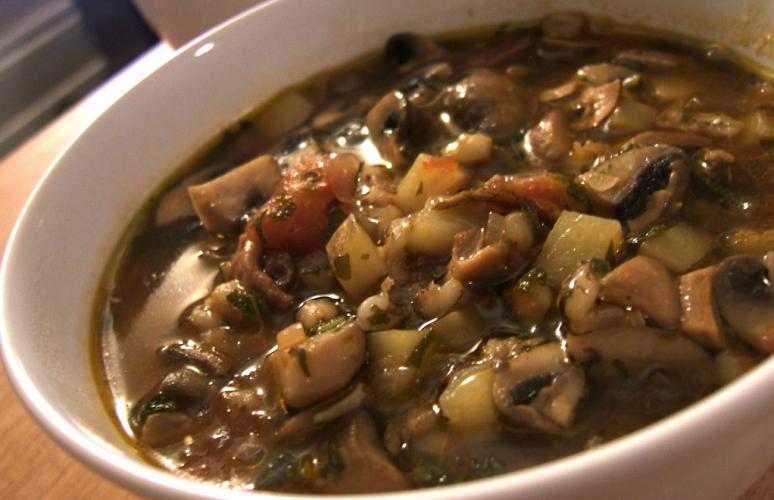 Lentils not only are flavorful and high in fiber and folate, but they cook in only 30 minutes, versus a couple of hours for most other legumes. Their peppery flavor makes them a perfect partner for sausage—in this case turkey sausage, which has one-third the saturated fat of the pork version. 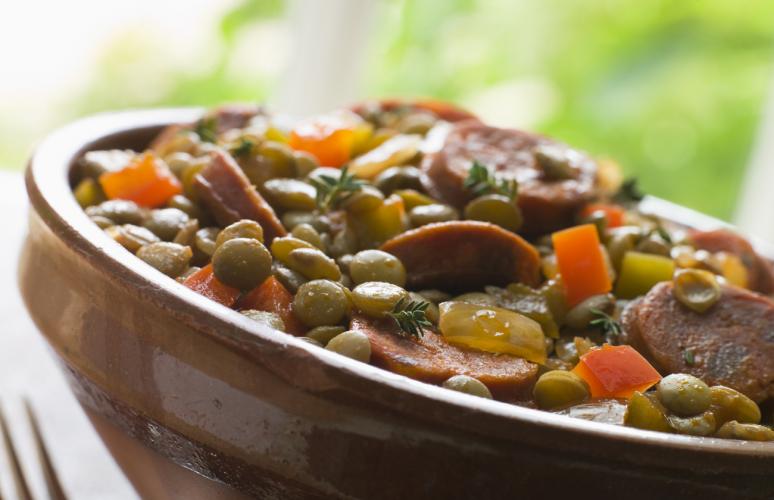 Warm up on a cold night with this hearty cod-based soup, a good source of potassium and B vitamins. If you live near a Hispanic market, you should be able to find batatas, a type of dry-fleshed sweet potato common used in Latin American cuisine. If not, substitute a regular orange-fleshed sweet potato. 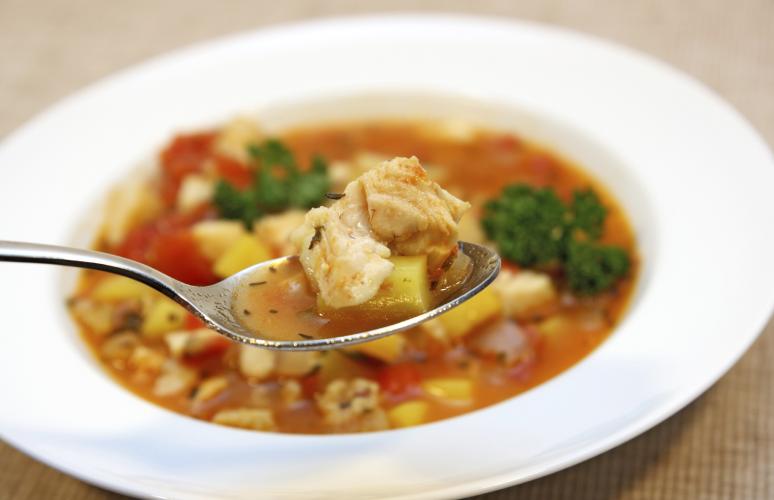 This soup is thickened with the help of a roux, a combination of flour and fat (traditionally butter, but we use heart-healthy olive oil). 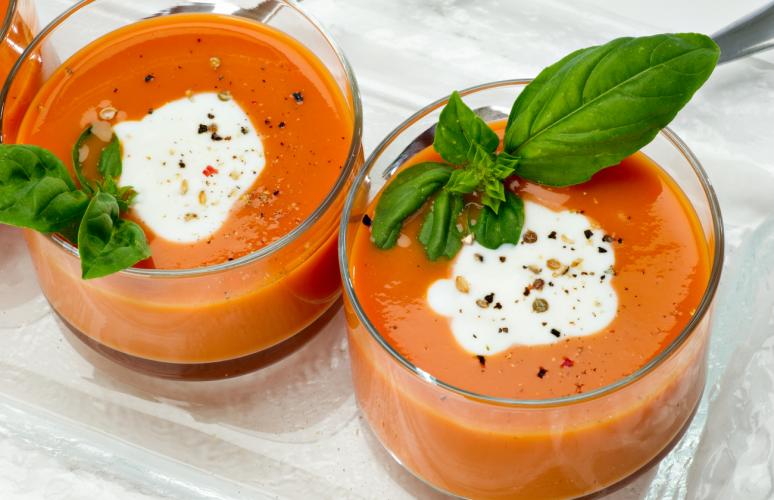 This flavorful Asian soup has less than 150 calories per serving. Our version is relatively mildly spiced; if you want to increase the heat, double the black pepper or add a half-teaspoon of red pepper flakes. The tofu and bok choy make this soup a rich source of calcium. 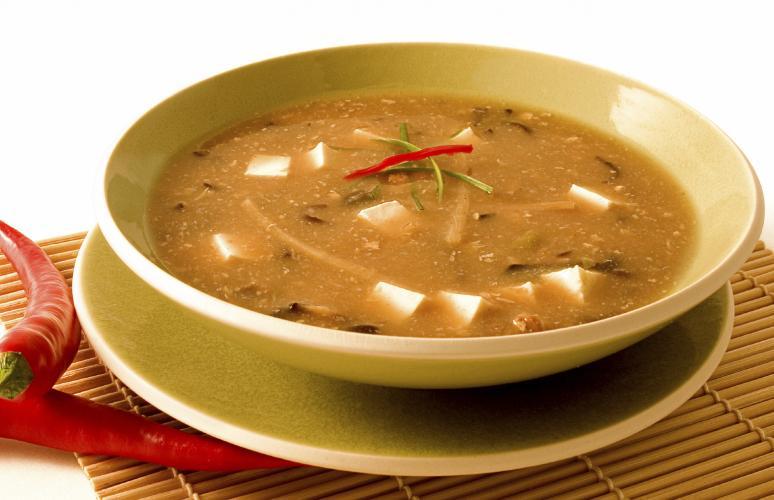 A good source of: calcium, selenium.