Nábrók (necropants) are a pair of pants made from the skin of a dead man, which are believed in Icelandic witchcraft to be capable of producing an endless supply of money. The ritual was practiced in the 17th century 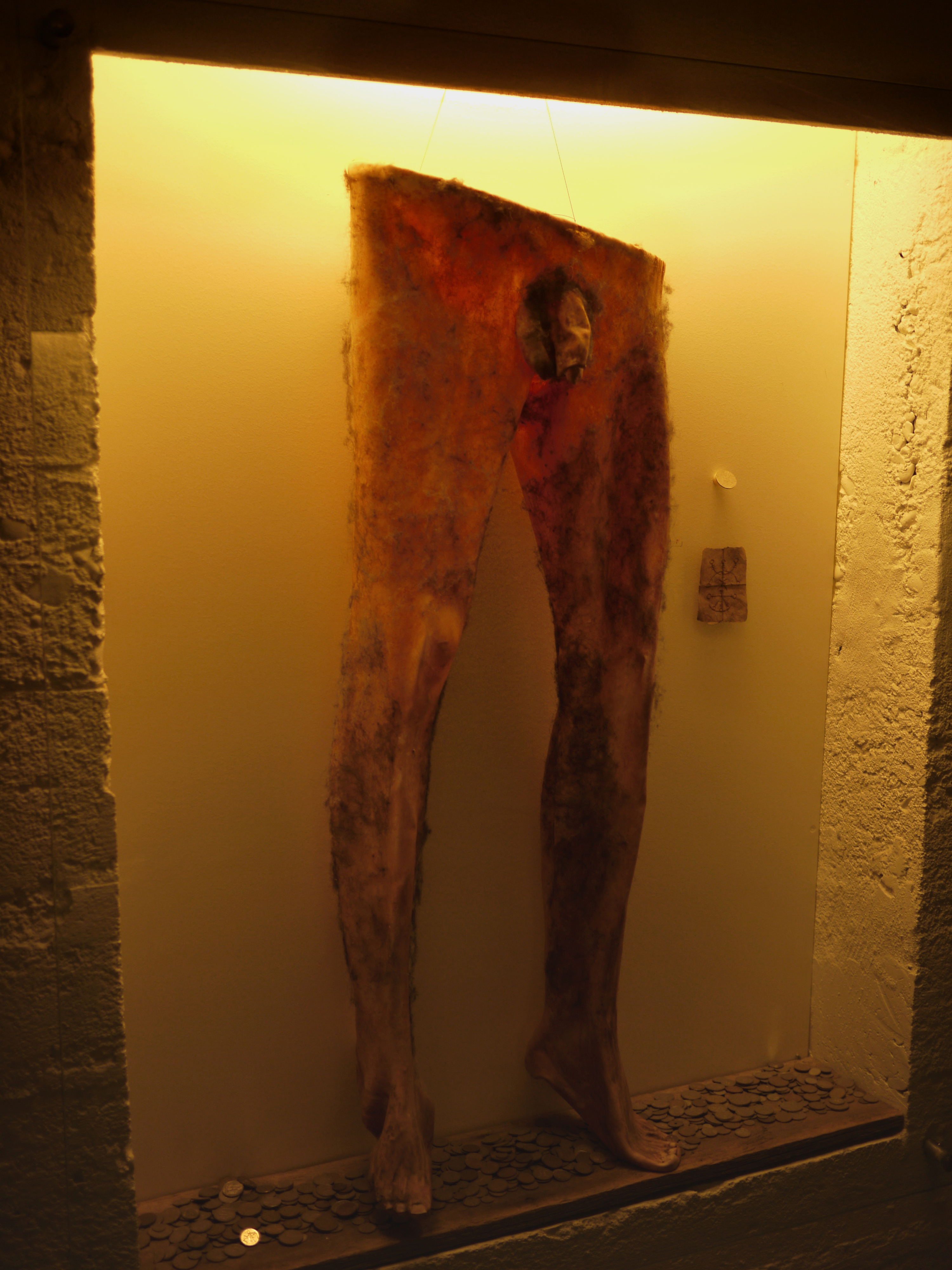 A replica of a pair of nábrók at The Museum of Icelandic Sorcery & Witchcraft. At the right is the magical symbol that is part of the ritual and at its feet are coins.

The ritual for making necropants is described as follows: