Is your thyroid an underperformer? 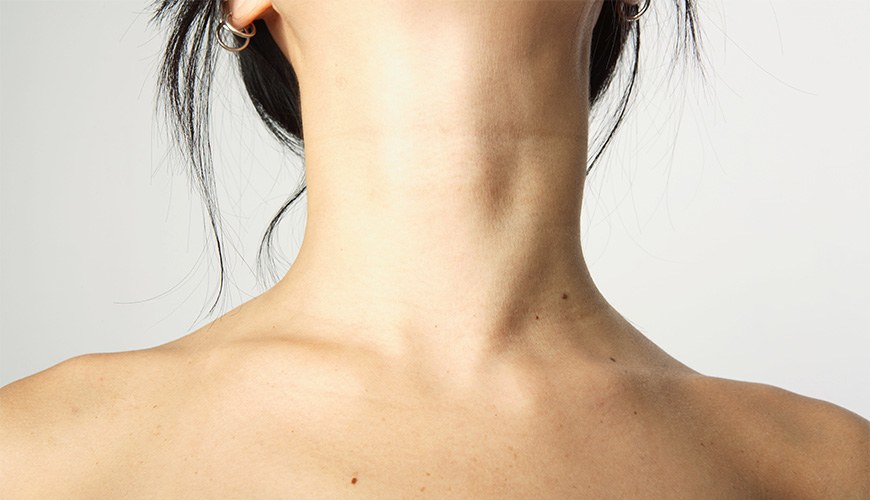 You may be surprised to learn that the most commonly prescribed medication in the U.S. isn’t one of the statins or a blood pressure drug—it’s levothyroxine, a synthetic version of a thyroid hormone (called thyroxine, or T4) that’s used to treat an underactive thyroid gland (hypothyroidism). It is taken by morethan 15 percent of older Americans, and its use has been rising over the years.

Why is levothyroxine prescribed so much? Largely because many health care providers include a test for thyroid function when they order routine blood work for their older patients, especially women, even though routine thyroid screening is controversial. Such screening often leads to the discovery of “abnormal” findings and to drug treatment that has not been demonstrated to be beneficial except in a minority of people.

In recent decades, many Americans and their doctors have been overly keen on “replacing” hormones that tend to decline with age, whether it’s estrogen, testosterone, or thyroid hormone. Back in the 1950s and 1960s, when there were no accurate blood tests to measure thyroid hormones, many doctors all-too-readily prescribed thyroid hormones for general symptoms such as “low energy” and weight gain.

Everyone now realizes that was a mistake, since the prescribed hormones can themselves have serious side effects (such as bone loss and cardiac problems) when not properly dosed and monitored. Now doctors have accurate tests for thyroid hormones, but concerns still remain about over-diagnosis and overtreatment.

For a small organ, the thyroid gland can cause lots of problems if it is under- or overactive. Located in the neck just below the Adam’s apple, the butterfly-shaped gland produces hormones (mostly T4) that regulate metabolism and affect almost every bodily function, including cell growth, heart rate, breathing, and bone remodeling, as well as the cardiovascular, reproductive, and central nervous systems. Most of these systems slow down if thyroid hormones are insufficient. The thyroid works with parts of the brain, notably the hypothalamus and pituitary gland, to help regulate hormone production.

There are two main types of thyroid dysfunction: hypothyroidism (underactive thyroid) and hyperthyroidism (overactive thyroid; see inset below). Hypothyroidism, an underproduction of thyroid hormones, is usually caused by an autoimmune disorder (Hashimoto’s disease), which causes the body to produceantibodies that identify thyroid tissue as foreign and destroy it. It also occurs as a result of iodine deficiency, surgical removal of the thyroid (due to cancer, for instance), or the use of certain medications.

Symptoms vary, depending on the age of onset and the severity and duration of the hormone deficiency. They include fatigue, sluggishness, weight gain, memory problems, hair loss, depression, difficulty sleeping and swallowing, constipation, muscle pain, mood swings, dry skin, menstrual irregularity, intolerance to cold, hoarseness, and muscle weakness or cramps.

Untreated hypothyroidism can cause enlargement of the thyroid (goiter) and high cholesterol levels (see inset). In older people, the disorder may cause confusion and thus may be misdiagnosed as dementia. In pregnant women, an underactive thyroid increases the risk of premature labor, fetal damage, low-birth-weight babies, and miscarriage. Hypothyroidism is almost always treated with levothyroxine.

It’s estimated that 5 to 10 percent of American adults have at least some degree of thyroid dysfunction, though most often it is “subclinical” and undiagnosed. Hypothyroidism is much more common than hyperthyroidism, and the risk increases markedly at older ages. Women are five to eight times more likely to have hypothyroidism than men. Having an autoimmune disease, such as type 1 diabetes or rheumatoid arthritis, increases the risk, as does a family history of thyroid or autoimmune disease.

Hypothyroidism caused by iodine deficiency, which was common a century ago, is no longer a significant problem in the U.S. and Canada, since iodine is now widely dispersed in the food supply, primarily via iodized salt. Other than iodine deficiency and smoking (which may adversely affect the thyroid), thyroid dysfunction is not caused by modifiable factors such as diet or lack of exercise.

Your doctor can check for thyroid problems by evaluating your symptoms (if any) and doing a physical exam. However, hypothyroidism may be hard to spot, since symptoms can be mild or nonexistent. In addition, many of the symptoms, such as fatigue, are vague and can also be caused by a variety of other common ailments, especially in older people, which can lead to misdiagnosis.

The primary blood test to screen for thyroid dysfunction measures thyroid stimulating hormone (TSH), which is produced by the pituitary gland and stimulates the release of hormones by the thyroid. When the thyroid does not secrete enough hormones, the pituitary normally prods it to produce more by increasing TSH. This is why high TSH usually indicates hypothyroidism; low TSH, hyperthyroidism.

Normal TSH levels can vary markedly from person to person as well as from season to season, day to day, even hour to hour. Factors such as age, sex, and overall health play large roles. Some medications,such as corticosteroids and dopamine, can alter thyroid function and thus TSH values. For all these reasons, if TSH results are only mildly to moderately abnormal, the test should be repeated over several months to confirm the finding.

In about one-third of people, elevated TSH levels return to normal within a few years without treatment. If you have persistently high TSH, testing of thyroid hormone (T4) can differentiate between subclinical (with normal T4 level) and “overt” (with low T4 level) hypothyroidism. If your TSH is high and T4 low,that indicates that your thyroid is inadequately responding to TSH stimulation.

Who should be tested, and when to treat

Routine screening—that is, testing all people or just all older women, even if they have no symptoms or risk factors—for thyroid problems remains controversial. It’s clear that testing should be done if people have symptoms or signs that may indicate thyroid problems, but many doctors commonly include TSH as part of routine blood work.

But in 2015 the U.S. Preventive Services Task Force (USPSTF) concluded, as it had a decade earlier, that there was inadequate evidence to assess the balance of benefits and harms of routinely screening people without symptoms or clinical signs. Since it couldn’t determine if such screening is beneficial overall, it did not recommend for or against it.

While severe hypothyroidism requires treatment, there is much debate among experts about how to define and whether to treat the milder, subclinical forms. Indeed, there’s even debate about where the upper (and lower) limit for “normal” TSH range should be drawn, especially in older people, who are much more likely to have some degree of hypothyroidism. Most labs use a range of 0.4 to 4.5 or 5.0 as normal. TSH higher than that, with normal T4 level, is generally categorized as subclinical hypothyroidism, though some experts think that TSH over 2.5 should be considered elevated.

If elevated TSH is accompanied by low T4 hormone level, or if TSH is very high (above 10), drug treatment is usually initiated. As the USPSTF pointed out, it isn’t currently possible to differentiate people with subclinical hypothyroidism who will have a significant worsening of thyroid function from those whose TSH levels will remain stable or even normalize. Even so, it noted, “Clinicians seem to be treating more persons with thyroid dysfunction, at earlier times after initial diagnosis, and at TSH levels closer to normal.”

What are the risks of hypothyroidism?

Overt hypothyroidism poses known health risks, notably to the cardiovascular system. Several mechanisms have been proposed to explain the link between hypothyroidism and cardiovascular disease, including increases in lipids and inflammation and a negative impact on blood vessels. However, research has been inconsistent about the adverse effects of subclinical hypothyroidism (that is, elevated TSH but normal T4). During the past 20 years, many observational studies have linked it to atherosclerosis and increased risk of coronary artery disease, heart failure, and cardiac dysfunction, but others have not.

What about research on levothyroxine as a treatment for subclinical hypothyroidism? Few, if any, well-designed clinical trials have found benefits from such treatment. Notably, a large Scottish placebo-controlled clinical trial in the New England Journal of Medicine in 2017 found that treating older people with subclinical hypothyroidism for at least a year produced no reduction in symptoms, includingno improvement in energy level, body weight, physical or mental function, and quality of life. Still, it found no adverse effects from the drug, the use of which was carefully monitored.