Is Soylent the future of nutrition? 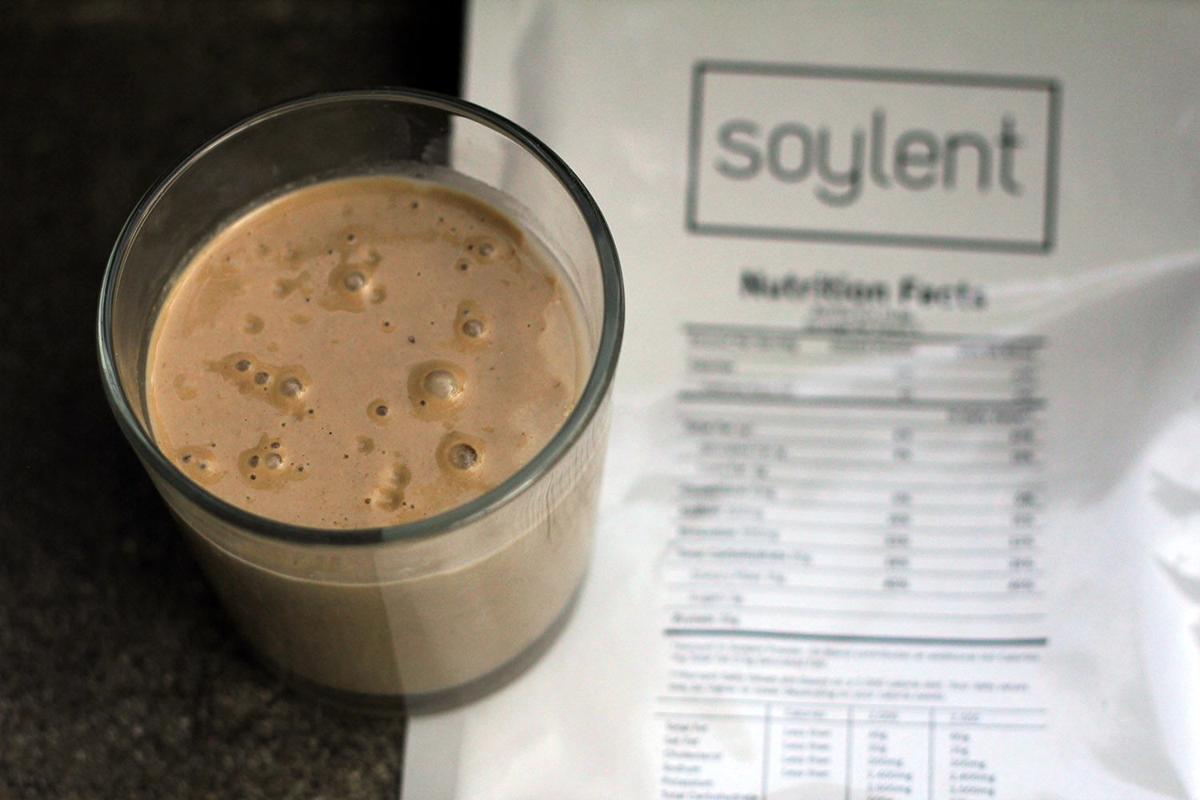 You may have fantasized, or feared, a future in which you could get all the calories and nutrients needed to survive from a pill or drink. Is that future here? Proponents of the meal-in-a-bottle beverage called Soylent, devised by a 20-something-year-old tech entrepreneur, apparently think so.

No, this is not the infamous processed-food wafer made from human remains depicted in the 1973 sci-fi movie Soylent Green, starring Charlton Heston. But the Soylent of today—corpse-free and entirely vegan—shares a similar idea (and name): a no-thrills product that humans can supposedly survive on, cheaply and sustainably.

Since Soylent introduced its first product in 2013, a cult-like following has sprung up (as well as $72.4 million in venture capital)—and the products are now available on Amazon and at 7-Eleven and Walmart stores. But the Los Angeles-based company has seen its share of ridicule and criticism as well. Whether you are thinking of joining the Soylent movement or are skeptical of the claims, here are answers to some questions you may have about it.

The Soylent nutritional formula, which comes in various flavors as a ready-made drink or a powder that you mix with water, is marketed as having all the elements of a healthy diet—protein, fat, carbohydrates, vitamins, and minerals. Originally, Soylent was intended to replace every meal. But the company has since dialed this back, now saying that it can be used to replace any meal.

A 14-ounce serving (415 ml) of the original flavor drink gets its 400 calories from 20 grams of soy protein, 21 grams of fat (sunflower and canola oils), 36 grams of carbohydrates, and 9 grams of added sugar (about 2 teaspoons). It also has 3 grams of fiber and 300 milligrams of sodium and supplies 20 percent of the Daily Value for 25 vitamins and minerals.

Depending on the version, other ingredients in these man-made cocktails of nutrients are sucralose, xanthan gum, and artificial flavors. Soylent’s line of “café” drinks have added caffeine—150 milligrams per bottle, as much as 1½ cups of coffee.

Nutrients may vary, but Soylent isn’t much different from other meal-replacement drinks, like Ensure and Boost—though it does have less sugar. The biggest difference is in the marketing. Soylent targets young tech professionals of Silicon Valley, and as such has branded itself as a hip Los Angeles startup with a healthy product that is entirely vegan. (Ensure, in contrast, has a reputation as a drink for elderly people.) In addition, the Soylent founder put the formula of the nutritional powder online so people could make their own versions, as well as offer suggestions on how to improve it—making it a hit on Reddit, a social news and discussion website.

Is it really healthy?

That’s debatable. The idea behind Soylent is that people don’t need food to survive, but rather just the vitamins, minerals, and other compounds contained in the food. The problem is that much remains unknown about what makes foods good for us—and there are many other unidentified components that are essential for health that have not even been identified and are thus not included in any meal replacement product. In addition, the compounds in foods act in synergy for optimal effects—that is, the whole is greater than the sum of the parts when it comes to the healthfulness of foods, and no powder or drink can replace how nature package them.

An article in the magazine Atlantic said Soylent was healthier than the average American diet—but that’s just a sad commentary on America’s bad eating habits.

How does it taste?

By most accounts, not great. The powdered mix has been described as bland and doughy with a hint of yeast. An online reviewer likened the plain ready-to-go drink to the leftover milk from Cheerios cereal. More recent products come in cacao, coffee, chai, and vanilla flavors, though some reviews complain of their watery consistency, and one news blog even called the coffee-flavored drink a “Metamucil Frappuccino.” Other reviews say that Soylent doesn’t taste so different than any other run-of-the-mill protein or meal-replacement drink.

Are there any adverse health effects?

It’s too soon to tell. There haven’t been any published studies on the products (either short- or long-term). Some people who consumed early versions of Soylent for every meal reported having bad intestinal gas the first week or so. Potential concerns may lurk more in sloppy production, as evidenced by several voluntary but reputation-damaging recalls.

In the most recent recall, in April 2017, some Soylent powders did not declare the possible inadvertent presence of a milk ingredient (whey), which is a potential allergen and decidedly not vegan. In 2016, the company pulled its only solid food product—a meal-replacement bar—after reports of vomiting and diarrhea that the company later blamed on algal flour, a powder made from dried algae. (The company that makes the algal flour has denied it was the cause of the illnesses.)

An earlier recall came after mold was found growing on the outside of some Soylent bottles, a result of a manufacturing problem. The company also had to halt orders for the café drink, Coffiest, because vitamins A and C were “not maintained at declared levels.”

Of note, Canada banned the sale of Soylent last October because it failed to meet the government’s requirements for a “meal replacement” drink. The company reportedly is working to make the product compliant.

Bottom line: As a quick, convenient go-to meal, Soylent is healthier than many fast-food options. But the healthiest diets, like the plant-based Mediterranean diet and the blood-pressure-lowering DASH diet, consist of real, whole foods, plain and simple. Some people who can’t handle solid foods due to a medical condition may benefit from a meal-replacement drink, but they should consult their health care provider to see which one is best for them. The more-established products for medical use include Boost and Ensure.