Return of the Tentacle 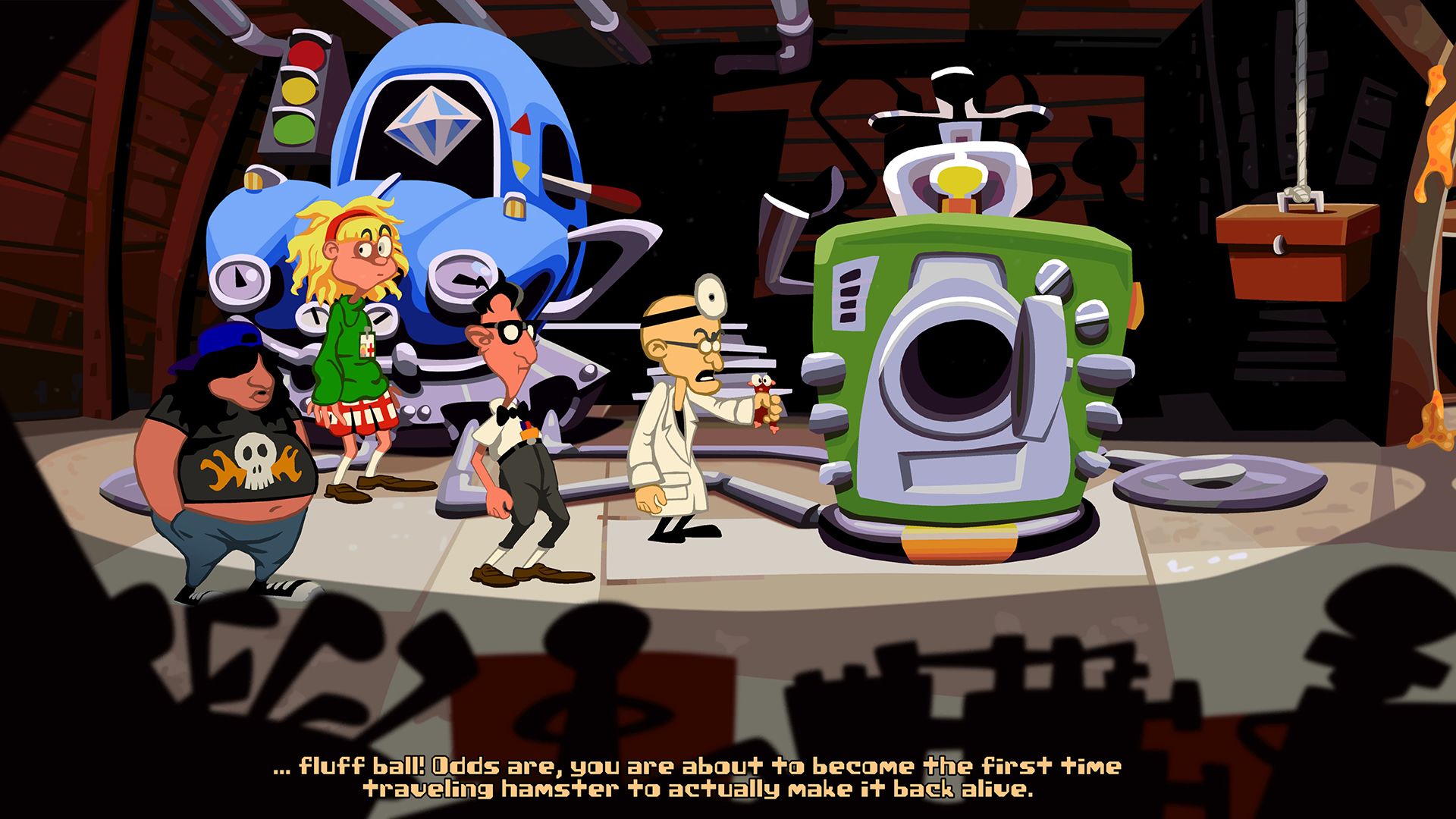 “Return of the Tentacle – Prologue” is a fan project and the unofficial sequel to the iconic adventure game “Day of the Tentacle”. Purple Tentacle is back and tries to conquer the world and enslave humanity once more. The three friends Bernard, Laverne and Hoagie make their way back to the mansion of the mad scientist Dr. Fred – time travel should help saving the world.

Hunt down megalomaniacal Tentacles, have bizarre conversations and solve crazy puzzles. Bernard, Hoagie and Laverne roam hand-drawn locations filled with elaborately animated characters and atmospheric music and sounds. We have done everything possible in order to capture the atmosphere and the humor of the old classic and carry it into the 21st Century.

Control the characters just like in the good old 2D adventure game era with your mouse. A modern interface awaits! Apart from familiar faces of the original game, you will also encounter guest appearances from characters that belong in other games.