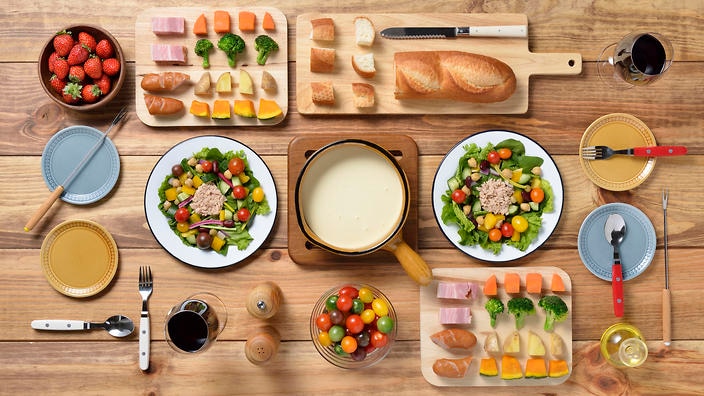 For the past 50 years, the basic di­­chotomy in diets for both weight control and general health has been low-fat versus low-carbohydrate. Low-fat diets (endorsed since the 1950s by official U.S. dietary guidelines for the prevention of heart disease) began to be challenged in the 1970s by low-carb regimens, promoted by diet doctors like Robert Atkins. Since then, there have been dozens of studies comparing versions of low-fat and low-carb diets, with inconsistent findings, largely because the diets can vary so much, because results can vary greatly from person to person, and because people usually can’t stick to the diets over the long term.

Why do some people control their weight better on a low-carb diet, while others fare better on low-fat? Two theories, supported by some preliminary research, have been that variations in people’s genetic makeup or in their ability to regulate blood glucose help determine which diet will work best for whom.

A major new clinical trial from Stanford University put these theories to the test in a comparison of low-fat and low-carb diets, with a twist: It focused on sensible “healthy low-fat” and “healthy low-carb” diets, rather than on more restrictive versions of the diets, and it did not explicitly encourage participants to cut calories or limit portion sizes. The study is called DIETFITS, which stands for Diet Intervention Examining The Factors Interacting with Treatment Success.

Once again, there was no clear winner, and contrary to expectations, genetics and insulin sensitivity didn’t predict who would fare best on each diet. The good news: Both healthy diets produced similar moderate weight loss that was sustained for a year, and both were de­­signed so that people could follow them for the rest of their lives.

Most clinical trials on diets have been relatively small and short. In contrast, the new study, published in the Journal of the American Medical Association in February 2018 and funded largely by the NIH, enrolled 609 people, lasted a year, and cost an estimated $8 million, a huge amount for a diet study—and it shows.

The study involved overweight or obese people, ages 18 to 50, who were relatively healthy (no diabetes or heart or kidney disease, for instance). They were randomly assigned either a healthy low-fat or low-carb diet for a year. But first, participants underwent genetic testing to look for certain genotype patterns purportedly associated with greater responsiveness to either low-carb or low-fat diets. They also underwent a baseline insulin test to measure how well their bodies processed glucose, since it’s theorized that people who are less sensitive to insulin (such as those with prediabetes) control weight better on low-carb diets.

Participants attended 22 diet-specific group counseling sessions, weekly for the first eight weeks, eventually monthly. As stated in the study, “The main goals were to achieve maximal differentiation in intake of fats and carbohydrates between the two diet groups while otherwise maintaining equal treatment intensity and an emphasis on high-quality foods and beverages.”

During the first eight weeks, participants were instructed to drastically cut down on their intake of carbs or fat, to just 20 grams a day (the amount in a 1½-ounce (43 g) slice of whole-wheat bread or 1½ ounces of nuts, respectively). Then they were allowed to slowly add back carbs or fats in increments of 5 to 15 grams per week, until they reached the lowest intake they felt they could maintain indefinitely, without feeling hungry or deprived.

What made the two diets “healthy” was that both groups were encouraged to:

What the study found

By the end of the year, both groups lost, on average, 12 to 13 pounds (5,4 – 5,9 kg), about 6 percent of body weight. Still, weight changes varied greatly within both groups: Some participants lost as much as 65 pounds (29 kg), some gained as much as 20 pounds (9 kg). But neither of the two hypothesized predisposing factors—genetic makeup or initial insulin sensitivity—was related to how much weight participants lost (or gained).

Total calorie intake did not differ significantly between the two groups at the start or over the course of the year. Participants in both groups ended up reducing their daily calorie intake even though they weren’t instructed to cut calories—it just happened when they focused on high-quality foods that satisfied their hunger.

The groups had similar small reductions in body fat and waist circumference, on average, and similar improvements in blood pressure and blood sugar control. But while the low-fat group had a small reduction in LDL (“bad”) cholesterol, the low-carb group (who had a fairly high intake of saturated fat) had a small increase. In contrast, the low-carb group had a much larger drop in triglycerides than the low-fat group, plus a small increase in HDL (“good”) cholesterol. Elevated triglycerides are a risk factor for heart disease.

This ambitious and well-designed study has yielded important insights into the diet debate, especially with its emphasis on healthy eating, but it couldn’t answer many questions. Would the results be similar for less-healthy people, such as those with diabetes, who were not included in the study? Though participants were encouraged to design a diet that they liked and could presumably stick with indefinitely, will those who lost weight keep it off now that the study is over? Would they have done as well if they had not been given fairly intensive dietary counseling? Would the diets have been less or more effective if they required people to cut more fat or carbs? Since most of the participants had relatively high education levels and the financial means to be able to afford high-quality food options, would the findings be generalizable to people with lower socioeconomic status? Would genotypes other than the ones analyzed in the study better predict who would succeed on which diet?

The study produced lots of data not reported in this initial paper, and the researchers will learn more as they continue to analyze the information.