Not your usual rash

Zachary Smith was scratching uncomfortably when his mom, Mandy picked him up at school. He claimed his feet and even his eyes itched. He and his mom assumed the rash was poison ivy, and put some anti-itch cream on it. That was not the end of it. Dermatologists couldn’t have expected the awful experience that lay in wait for Zachary Smith, a small, brown-haired boy. The next day Zachary’s rash covered his body and his temperature soared.

In a panic, Mandy rushed her son to the hospital. Doctors were puzzled and very concerned. They tried medications for a viral infection, but the medicines made no impression. Zachary’s eyes became bloodshot, and his lips cracked and bled. His condition was rapidly becoming critical. 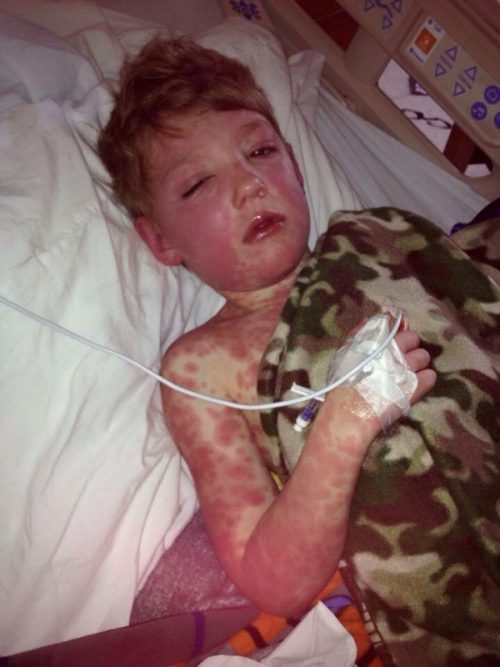 Zachary’s mom confirmed medication as the culprit. She had given her son medicine for a migraine just days earlier.

Zachary’s skin began to pull away from his body. Even the lining of his lungs began to loosen. Doctors put him in an artificial coma and removed the dying top layer of his skin. A wrapping of artificial skin then took the place of Zachary’s epidermis. This would protect him from further infection if he survived his terrible ordeal. 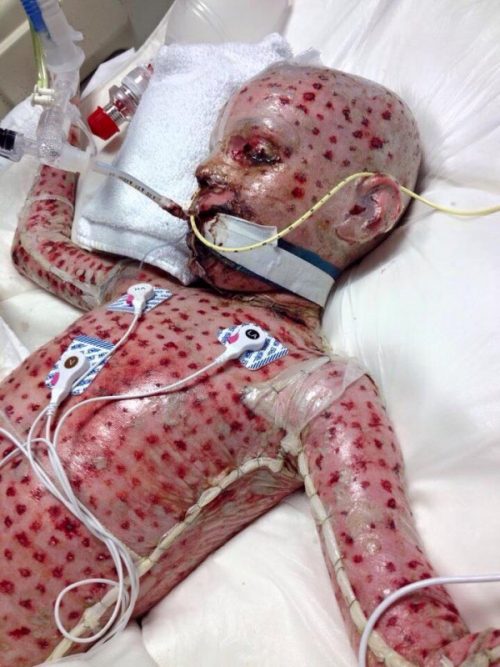 Cody Strickland thought he had a case of poison ivy, also. He considered it no big deal, he was an electrician and an outdoor guy and had plenty of chances to touch the three leaves. he got some medicine at the hospital and thought he’d be fine. Instead, he suffered the first ominous symptoms that Zachary did.

He was rushed to the hospital and placed in the burn unit. Sheets of skin fell from his body. He spent three weeks in the burn unit, which would be his last weeks on earth. On March 3, 21-year-old Cody’s father was left staring at a death certificate with a disease written there that he’d never heard of. Cody’s poison ivy medicine killed him.

The troubling part is that no one can know who may be at risk, says Bernard Cohen, head of pediatric dermatology at Johns Hopkins Hospital in Maryland. Anyone can develop an immune reaction to a medication at any time. SJS is very rare, but can be triggered by a drug, a headache, a hangnail. The disease is most prevalent among children. Cody was a young man and Zachery around seven.

Although Cody died, Zachary survived. He came out of his coma with no ill effects, and his body recovered with remarkable speed. It appears that Zachary has suffered no permanent damage from his horrifying ordeal.

There are complications from Stevens-Johnson Disease, as the damage from ulceration of eyes, mouth and inner organs can be permanent. 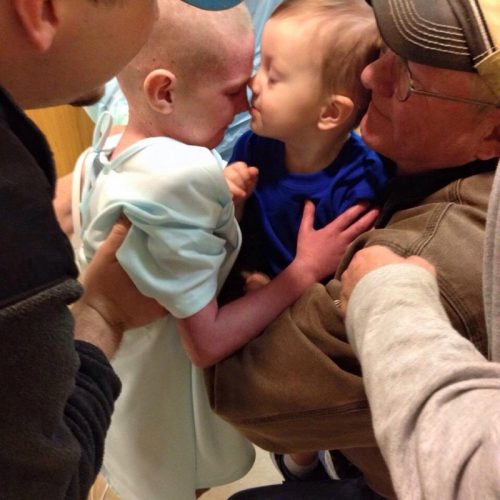