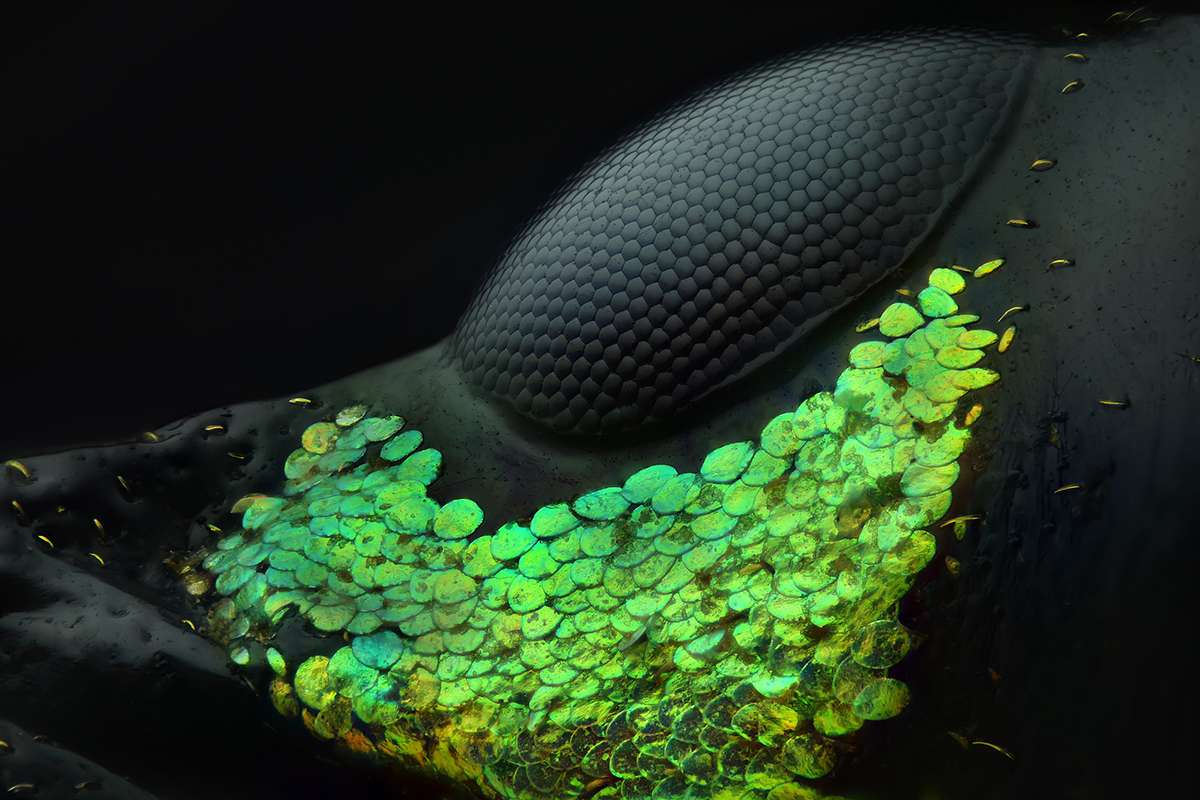 Look into the eye of this stunning weevil. Via: Yousef Al Habshi/Nikon Small world

Microphotography has come along way since Nikon staged the first Nikon Small World competition in 1974. Finalists in 2018 harnessed a dizzying array of photographic techniques to achieve the spectacular results displayed here. A full-colour calendar of the winners is in the works, and people in the US can look forward to a national tour of the top images.

Yousef Al Habshi from the United Arab Emirates won first prize with the image above of the compound eyes and surrounding greenish scales of a weevil, Metapocyrtus subquadrulifer.  It was made by stacking together 129 micrographs — photographs taken through a microscope. “I feel like I’m photographing a collection of jewelry,” said Al Habshi of his work with these beautiful Philippine beetles, which are more usually considered agricultural nuisances and targets for pest control. 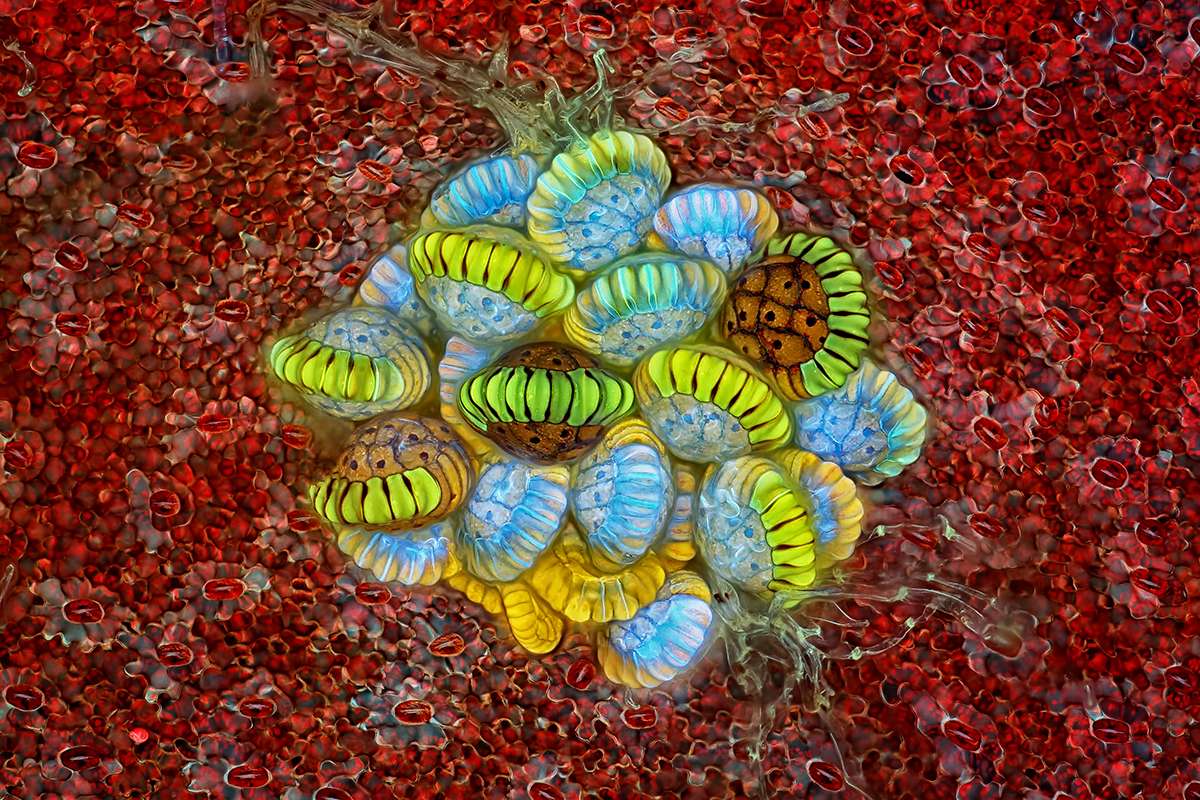 These are fern sorus — structures that produce and contain spores. Via: Rogelio Moreno/Nikon Small world

Rogelio Moreno from Panama won second prize for capturing the spore-containing structures of a fern (above). He used a technique called autoflorescence, in which ultraviolet light is used to pick out individual structures. Spores develop within a sporangium, and Moreno has successfully distinguished a group of these containers from the clustered structure called the sorus. Sporangiums at different stages of development show up in different colours. 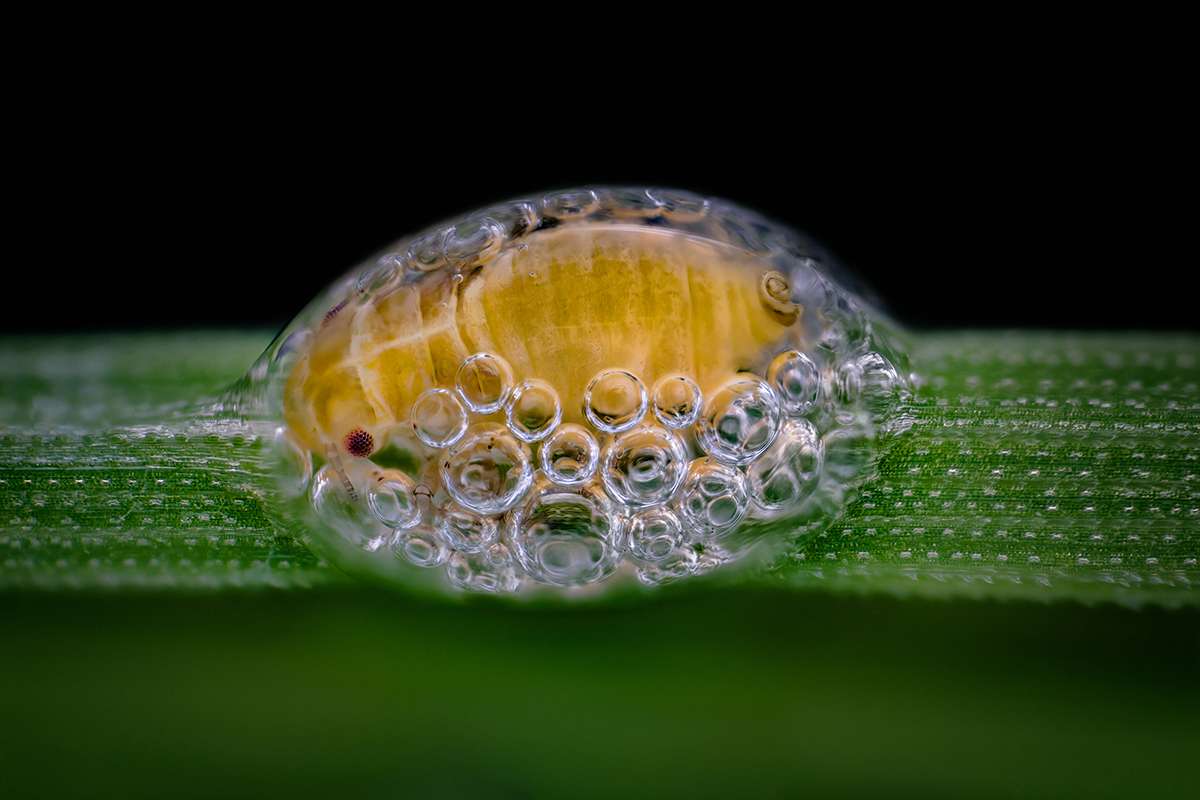 A spittlebug nymph in its bubble house. Via: Saulius Gugis/Nikon Small world

Saulius Gugis from the USA photographed this spittle-bug in the process of making its “bubble-house”. The foamy structure helps the insect hide from predators, insulate itself and stay moist. The photograph won third prize. 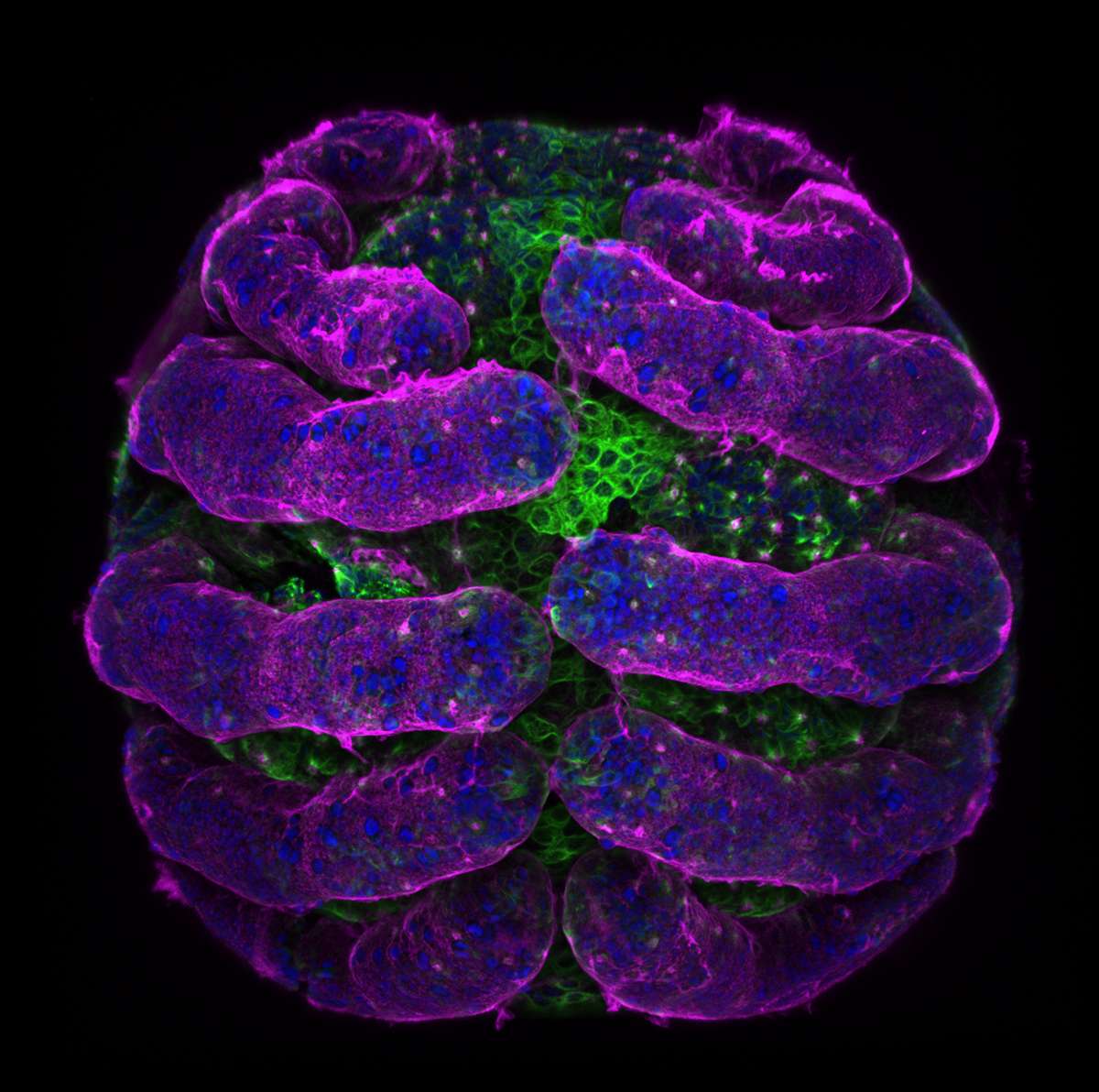 Other highlights from the prize include a portrayal of the first stirrings of arachnid life by Tessa Montague at Harvard University. The surface of this spider embryo (Parasteatoda tepidariorum) is picked out in pink. The cell nuclei are blue and other cell structures are green. 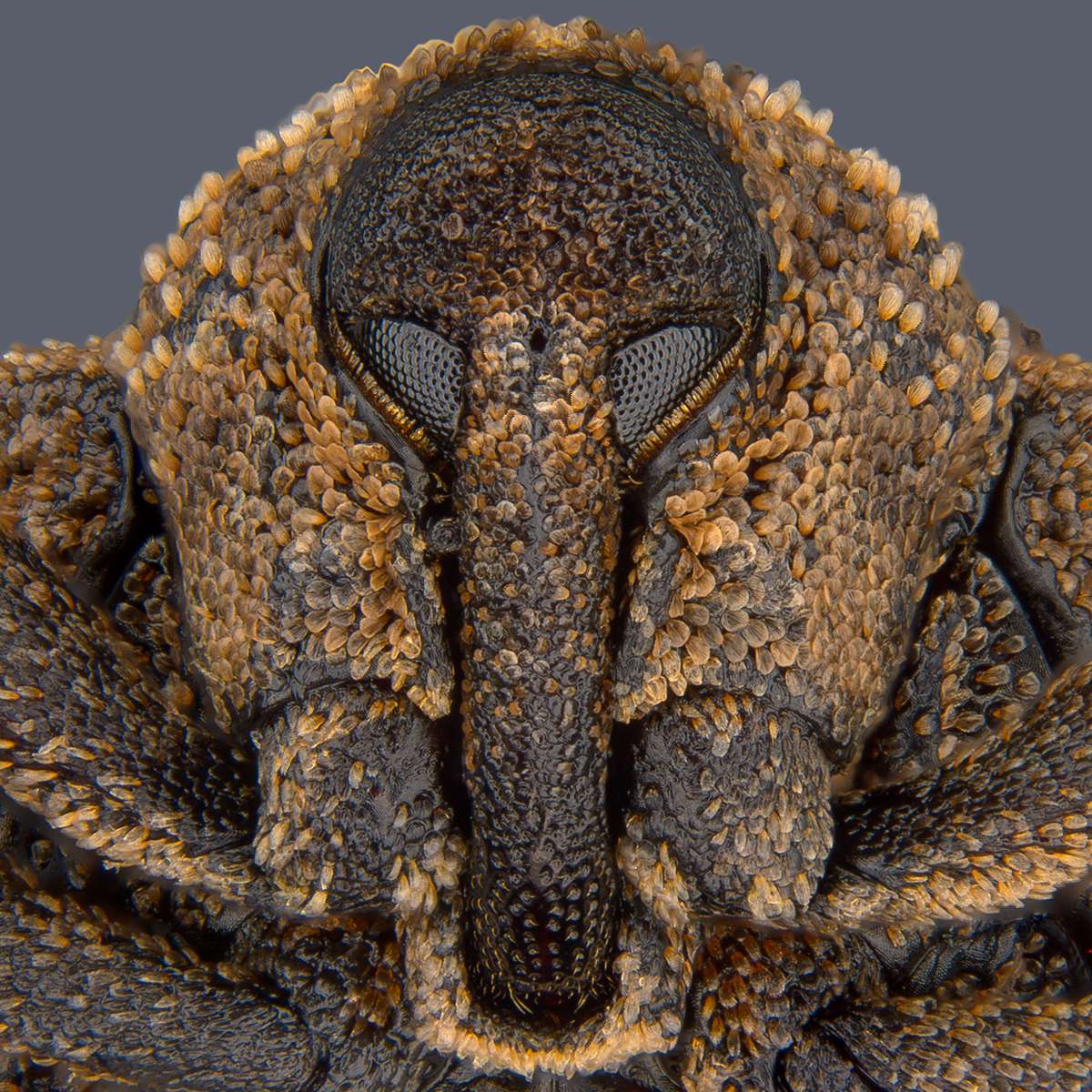 As well as this image of the mango seed weevil (Sternochetus mangiferae), looking for all the world like an extra from Luc Besson’s sci-fi film The Fifth Element. It was taken by Pia Scanlon, a researcher for the Government of Western Australia.