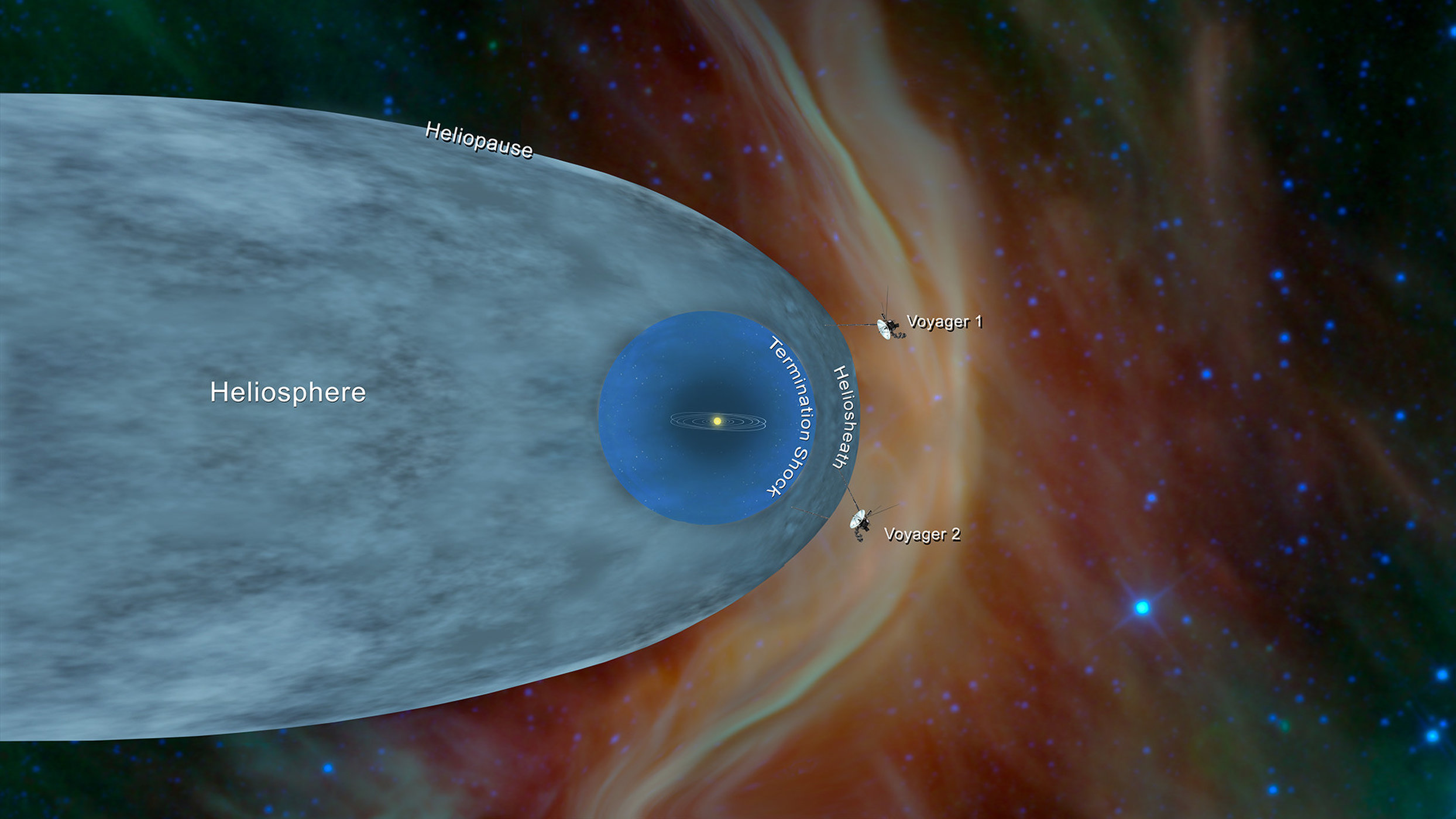 It’s time to say goodbye to one of the most storied explorers of our age: Voyager 2 has entered interstellar space, NASA announced December 10th.

Voyager 2, which launched in 1977, has spent more four decades exploring our solar system, most famously becoming the only probe ever to study Neptune and Uranus during planetary flybys. Now, it has joined its predecessor Voyager 1 beyond the bounds of our sun’s influence, a milestone scientists weren’t able to precisely predict when would occur. And intriguingly, humanity’s second crossing doesn’t look precisely like data from the first journey out.

It’s a difficult transition to predict, since Voyager 2 is only the second spacecraft to cross that bubble with its instruments alert and communicative. Voyager 1 made the same journey in 2012. But the heliopause doesn’t form a perfect sphere, and it shrinks and expands with the ebb and flow of the solar wind. So scientists had to wait and see what the data said, and beginning in August the data began to tell that story of cosmic departure, with a general increase in cosmic rays and decrease in local particles. But the grand exit took time.

“Something weird happened around day 310 [Nov. 5],” Rob Decker, who works with one of Voyagers particle detectors, said during the scientific talk. That something was crossing the heliopause. Scientists are particularly excited for this second crossing because Voyager 2 still carries an instrument that on Voyager 1 had stopped working long before the heliopause — the Plasma Science Experiment. That means Voyager 2’s journey will create not just new data, but a new type of data, NASA officials said in the statement.

Where the two trips can be compared, however, instruments have shown how uneven that journey can be. Voyager 1 ran into flux tubes that created dynamic data, which Voyager 2 has not flown through. But the second probe has seen a strange bump in some of the data. “We haven’t yet sorted out what these features are,” Stone said. Voyager 2 also may not have as straightforward an exit as its predecessor because the current solar cycle phase means that the sun’s bubble is growing a little. “We were probably chasing it and we may see it again,” he said of the heliopause.

Despite the excitement surrounding the milestone, not much will change for Voyager 2 itself. It will continue beaming home updates to its scientists here on Earth for as long as it can. Eventually, the plutonium supply that powers the spacecraft will run out, and the probe will shut down instruments in turn. Sometime after 2025, the team expects the probe will go quiet entirely, without enough power to cross the ever-wider abyss to Earth.

But even when that day comes, the probe will continue to live up to its name, the ultimate Voyager.